Previous
All news
Next
1686

Researchers from SB RAS Budker Institute of Nuclear Physics (BINP, Novosibirsk, Russia) have developed a theoretical model describing material's behavior under a thermal load in direct contact with plasma in a prototype thermonuclear reactor. Their solution will help predict the destruction of the material and, possibly, avoid it.

One of the most promising and virtually inexhaustible energy sources in the near future will likely be controlled thermonuclear fusion (CTF), which occurs at temperatures of tens or hundreds of millions of degrees. The choice of material for reactor walls that is able to withstand high thermal, mechanical, and radiation loads during CTF is one of the most important tasks of nuclear physics. The most promising material is metallic tungsten and its alloys. It is planned to use them for making the inner wall of the vacuum chamber in ITER.*

**ITER (International Thermonuclear Experimental Reactor) is an international project to design and build an experimental fusion reactor based on the tokamak** concept. ITER's objective is to demonstrate the feasibility of energy production by controlled thermonuclear fusion and address physical and technological challenges that may arise on this path. The current agenda is to design individual ITER systems and construct a building for the reactor; the project is implemented at the Cadarache Research Center in the south of France.

Adapted from the websites ITER.org and dic.academic.ru

It is expected that the plasma temperature in ITER will be 150 million degrees. The hot plasma oscillates in the reactor and throws, several times per second, big portions of heat onto the chamber wall. Importantly, this heat does not spread uniformly in all directions, but targets a very small area. The surface of the protective material in this place is heated over a short time to hundreds or even thousands of degrees. The resulting deformation of the surface causes mechanical stresses in the wall. The repeating extreme thermal loads can lead to cracks in the wall's material. 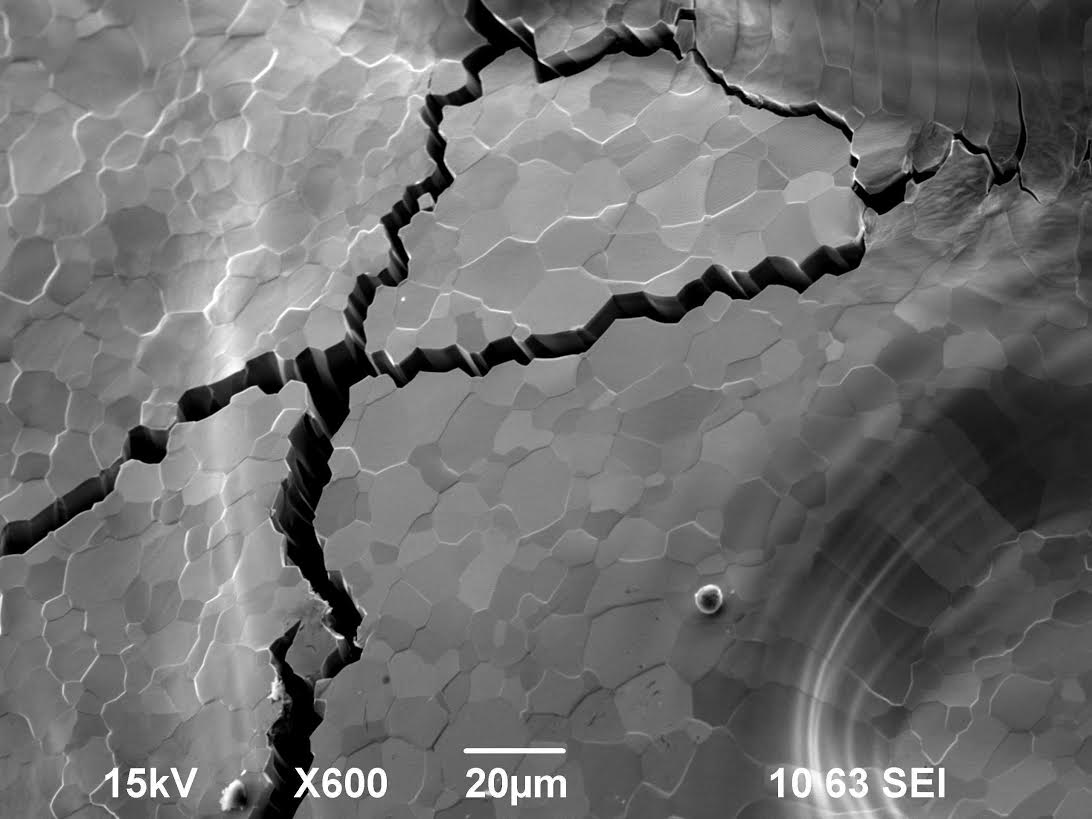 Previously, material's behavior was calculated using powerful computers. One calculation could take several days. Alexey Arakcheev, Cand. Sci. (Phys.-Math.), a senior researcher at BINP, has proposed a formula that may significantly speed up the process (for more detail see his paper published in August 2015 in Journal of Nuclear Materials, vol. 463, pp. 246—249).

Brief note on the types of fusion reactors

** Tokamak (derived from the Russian acronym for toroidal magnetic chamber) is a closed magnetic trap that has the shape of a torus and is designed to generate and confine high-temperature plasma. The tokamak was developed to address the problem of controlled thermonuclear fusion and create a nuclear fusion reactor.

***Open traps are magnetic traps that confine fusion plasma within a certain volume of space bounded along the magnetic field. In contrast to closed traps, such as tokamaks or stellarators, which have a toroidal shape, open traps have a linear geometry, with the magnetic field lines intersecting the end surfaces of the plasma. Open traps have a range of potential advantages over the closed ones. They are simpler in engineering terms, enable more efficient use of the magnetic field that confines the plasma, and can more easily address the problem of removing heavy impurities and fusion reaction products from the plasma. Many types of open traps can operate in a stationary mode. However, the feasibility of using these benefits in a fusion reactor based on open traps requires experimental evidence.

The scientist's idea is to use simplifying assumptions to get rid of the routine calculations needed to determine the heat transfer between all sections of the chamber. One of these assumptions is a shallow heating depth during each plasma release onto the wall, which lasts on the order of a millisecond. "Imagine," says Arakcheev, "that you have a meter-sized rod. Even if you put one end in fire, you will be able to hold the other end in your hand for quite a while because the heat penetrates slowly: not more than a few millimeters during one millisecond. If you are heating a centimeter-sized spot and the heat penetrates to a depth of just a fraction of a millimeter, you get the so-called small parameter, in this case, the thickness of the heated layer. We used this approximation to work out a simple formula that links mechanical stress with temperature. The formula allows one to quickly calculate whether tungsten and its alloys crack under given conditions." 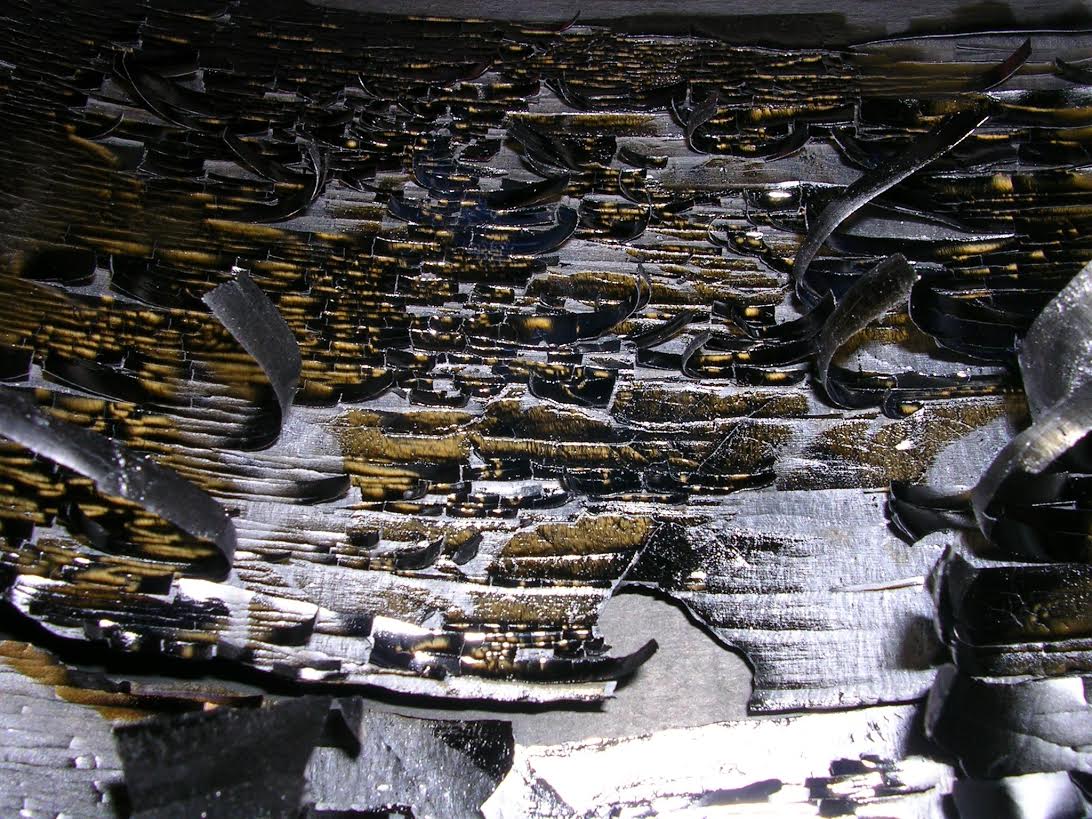 Arakcheev's theoretical model has passed experimental tests at the JUDITH and PSI-2 facilities in Germany and the GOL-3*** multimirror trap (BINP) in Russia. The results of tungsten irradiation by a plasma flux have confirmed the big potential of the proposed theoretical approach.

Siberian physicists continue to work in this direction. Now they are focused on the improvement of methods for studying the state of materials under thermal load. "Our project," says Arakcheev, "has been taken up by BINP laboratories working with synchrotron radiation at the institute's accelerator. With their help, we hope to obtain data on the deformation of material by X-ray scattering directly during the irradiation."

Apart from studying the durability of materials, BINP takes part in designing equipment for ITER. BINP researchers have developed diagnostic systems to determine the plasma parameters and are currently designing neutron protection systems for the reactor.

Siberian scientists have developed their own approaches to solving the CTF problem on the basis of open traps***. To this end they continuously upgrade the GOL-3 multimirror trap and GDL ('gas-dynamic trap') facility. In 2014, the GDL facility set an electron temperature record for this type of systems—10 million degrees.