FEL: a Gentle Touch of the Laser

To move the world, Archimedes needed a point of support, or a fulcrum. In science, a new method of research often acts as a fulcrum to cause sudden and unexpected advances in allied sciences. The free-electron laser at the Siberian Center for Photochemical Research — a fruit of the commonwealth of learning created under «the sigma sign» — has every chance to become a textbook example in this sense…

The mass-spectrometry technique, now widely known, made a real revolution in chemistry. At present, a mass-spectrum can be recorded for any substance that can be transferred to the gas phase. The molecular weight of the substance can be determined from the parental peak of this spectrum, and its molecular structure can be obtained by the analysis of the mass spectra of fragments. The method was prevented from being used in biology not so much due to very large weights of biological macromolecules as due to the impossibility of transferring them to the gas phase.

This problem has been solved with the advent of the MALDI (matrix assisted laser desorbtion/ionization) technique, in which a substance placed in a special matrix is exposed to a high-power UV-laser pulse which lasts

10-9—10-6 seconds. This leads to the process of the so-called ablation (sublimation) of the substance studied, in which molecules and their fragments in the form of ions fly off the substrate surface and enter a high-resolution mass spectrometer. Because the quantum energy of the laser radiation is high enough, photochemical dissociation occurs, i. e., the sample molecules are destroyed. 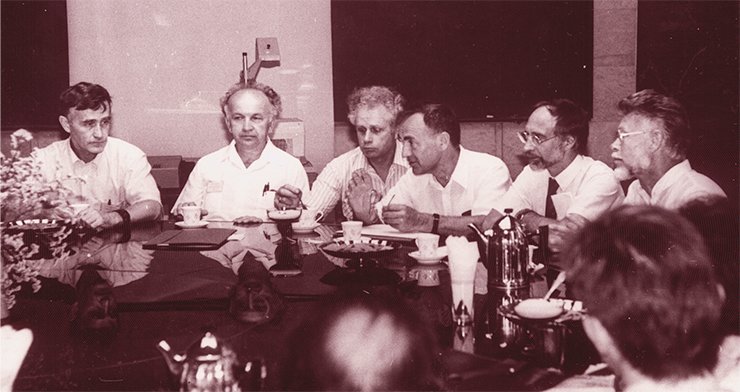 Therefore, it would be extremely tempting for researchers to have at their disposal a method that would allow a “soft” (i. e., without destruction of an object) laser ablation of biological macromolecules, which could then be recorded in the form of gas-phase aerosol particles. This idea was implemented at our Siberian Center for Photochemical Research with the launch of the free-electron laser (FEL) developed at the Institute of Nuclear Physics (INP) of the Siberian Branch of the Russian Academy of Sciences.

The history of the center began in 1992, when Academician Skrinsky, director of INP, invited all the interested parties to a traditional round-table discussion and told them about the project to create a FEL whose radiation could be smoothly tuned over wavelengths in the huge infra-red range from 2 to 200 microns (µm), which overlaps the range of vibrational and rotational spectra of almost all existing molecules.

By that time, our Laboratory of Laser Photochemistry had a 20-year experience in researching the reactivity of molecules excited vibrationally by monochromatic CO2-laser irradiation. Unfortunately, the laser generated radiation in the narrow range of wavelengths of about 10 µm; therefore, researchers had to select molecules vibrating in exactly that range. Obviously, a universal source of monochromatic radiation would make it possible to selectively influence any vibrations in any molecular systems. 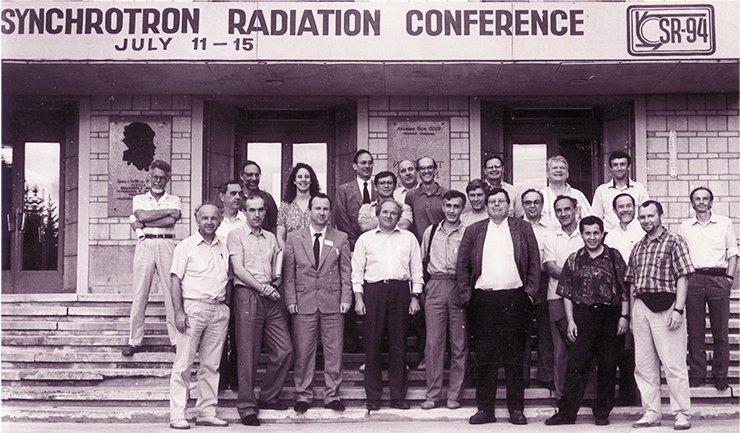 It was the time when no research was conducted in the specialized building of the Institute of Chemical Kinetics and Combustion housing a 50-meter accelerator hall protected by three-meter-thick concrete walls. That is when the idea emerged to create, on these premises, a shared center for fundamental and applied research in physics, chemistry, biology, and medicine.

Today, looking back on the past, we would like to sing a hymn to the heroic staff of the Institute of Nuclear Physics, who continued to work during hard times for the Russian science and invested an appreciable portion of their earnings in the creation of the free electron laser.

Difficulties pulled us together. We regularly gathered for seminars and staff conferences; discussed current affairs; celebrated our successes, whether big or small; dreamed; and made plans for the future.

All these years, INP has regularly held international conferences on synchrotron radiation and FEL. At first we, chemists, were grateful listeners and students, but some years later we also began to present papers on the application of FEL radiation.

In 1994, we suggested using FEL radiation for isotope separation. J. Madey, a professor at Duke University (North Carolina), who was the first to develop a free electron laser, invited us to test our ideas on his FEL, whose pulse energy was 1,000 times lower than that of our future laser. We tried our luck, and during two short visits in 1995—1996, my colleagues, E. N. Chesnokov and S. R. Gorelik, and I managed to separate formic acid and nitromethane molecules containing different isotopes of carbon, oxygen, and nitrogen.

The idea was clear. The presence of isotope atoms in a molecule leads to the corresponding splitting in the vibrational spectrum. FEL radiation can be resonantly tuned to only one isotopic version of a molecule, and hence, can dissociate only this molecule. This work was noticed by the scientific community, and in 2001, Professor H. Kuroda from the Tokyo University of Science suggested that we attempt to separate silicon isotopes — the most important element for high technologies — on his FEL. By that time it had become known that a silicon-28 single crystal freed from the other isotopes (29 and 30) exhibited a much higher thermal conductivity. It took us two weeks of preparation and one (!) day of work to increase the content of silicon—28 in a phenylthrifluoromethane molecule from 92 % (the natural content) to 98 %.

The experiments stopped because of a failure of the laser, whose capacity was insufficient for this work, but they provided a convincing demonstration of the potentialities of the new method.

On April 4, 2003, our Siberian laser produced the first generation of light with wavelength tuning in the range from 100 to 200 µm.

This was the achievement we had been working towards for 10 years! The participants of the FEL launch organized an improvised celebration in the panel room and drank champagne right from the teacups…

Soon, the first experiments which were camera recorded were performed in the accelerator hall. A year later, the radiation was transmitted from the hall to the user stations. Two years later, five experimental stations were in operation; they are currently used by researchers from various institutes of the Siberian Branch — physicists, chemists, biologists — currently use for their projects.

Scientists obtained a new research tool with unique capabilities, not yet completely understood. In addition to its scientific research capabilities, our laser has a huge “technological” potential in various applied areas, including biotechnology, medicine, nanotechnology, and production of ultra pure substances… For example, “soft” ablation under sub-millimeter laser irradiation does not destroy the natural structure of biological macromolecules transferred to the aerosol phase, which can be “caught” and fixed on various substrates. Here is a straightforward way to create microchips and miniature diagnostic facilities for medical use.

The real effect of using our FEL can already be seen today, and we expect that the number of users will increase sharply in the near future. People will come to our Center, generate ideas, develop projects… In fact, this is just the beginning.