The units for electron cooling of ion beams created at the Institute of Nuclear Physics SB RAS (Novosibirsk) are used to treat tumors and cancer with a high-energy carbon ion beam. This method, which is much more efficient and safe in comparison with conventional radiotherapy, was tested in China in 2009, where it gave good results

The method for electron cooling of ion beams was proposed as early as 1966 by Academician G. I. Budker. This idea, first met with scepticism, was implemented ten years later. In the experiments performed at the Institute of Nuclear Physics (INP), the temperature of the proton beam was decreased from several million degrees to several dozen degrees Kelvin, and its diameter, from several centimeters to several fractions of a millimeter. Later this method was put to use in many accelerator centers of the world. 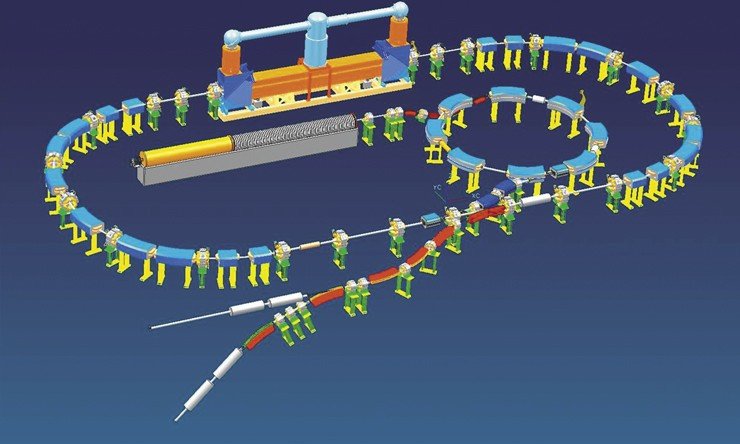 Ion beams of such quality are used to solve both fundamental and applied problems. Today, several dozen units based on this method serve diverse purposes worldwide. The largest of such units cools the antiproton beam on the TEVATRON proton-antiproton collider in the USA (the electron cooler for antiprotons was created by a group of specialists who are former INP workers).

For many years, specialists of the institute continued to develop the electron cooling method. However, since there was no domestic demand for high-tech products, it became necessary to enter the external market. Thus, production of such units under contracts with Germany, China, and Switzerland started. The first unit was created for the German SIS-18 synchrotron to increase the intensity of rare ions; it is still full operational. It was used in the 2009 experiments on accumulating rare ions of ruthenium, discovered in 1844 and named after the word “Russia” by Karl Claus, a German, then a professor at Kazan University. In 2007, another unit to cool plumbum ions, created at the INP, started operating in the injection complex of the largest LHC collider constructed in Geneva.

It is especially important that the electron cooling method be used in medicine, namely, in oncology. When ordinary X-ray therapy is used, the irradiation dose is maximal at the moment when a beam of radiation enters the patient’s body, however as it approaches the tumor it decreases noticeably. To compensate for this effect, irradiation is performed from several directions. As a result, the tumor gets the maximal dose; and irradiation of healthy tissues, although it is considerable, does not reach a dangerous limit.

The situation is different when a high-energy ion beam is used. As the beam decelerates in the patient’s body, ionization increases, and the maximal destructive effect is observed in the tumor zone. Owing to its small size the ion beam can be easily focused when it is directed from various locations to the site of cancerous lesion. This makes it possible to concentrate high radiation density in the neoplasm alone, minimizing the irradiation of healthy tissues. 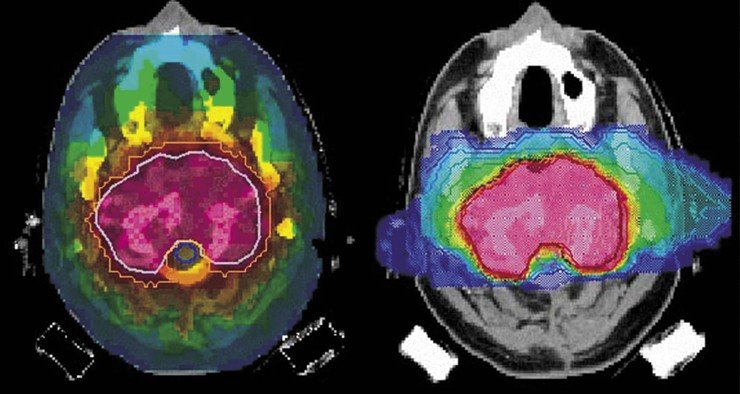 In the Chinese Scientific Center at the Institute of Modern Physics in Lanzhou Province, an ion complex was created. It has two electron cooling units designed and constructed at the INP SB RAS. In 2009, these units were used to treat the first several dozen patients, and the results were good. The government of the province has assigned a great deal of money to create a specialized carbon therapy center. Russia does not have such units. If a similar amount of money is not allotted for this purpose in the nearest future, Russians who need anti-cancer therapy will have to go abroad to get it.