Previous
All news
Next
5535

Siberian scientists, in collaboration with colleagues from France and Saudi Arabia, used a comprehensive geophysical study of the deep structure beneath the Toba Caldera on Sumatra to simulate the processes leading to the recurrent supereruptions. The results of this study have been published in the prestigious journal Nature Communications 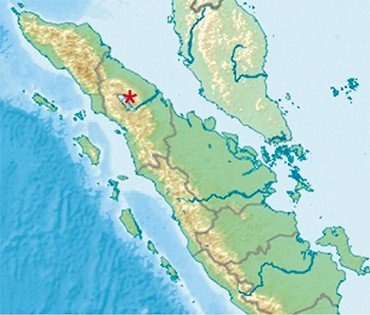 The supereruption is an explosive eruption ejecting, in a single event, over 1000 cubic kilometers of material in the dense rock equivalent. Over the past million years, there have been three supervolcanoes on the Earth, which were active: Yellowstone in North America, Taupo in New Zealand and Toba in Sumatra. The Toba supereruption ~74,000 years ago, which ejected over 2,800 km3 of material, is considered to be the largest terrestrial volcanic eruption over the past several millions of years. The volcanic event created a huge caldera filled with an 80-km lake, which is the largest terrestrial volcanic lake. Amazingly, this is a site of several catastrophic eruptions, at least three in the last million years.

The human civilization has never encountered a supereruption. The largest eruption recorded by man had a volume of about 150 km3 and occurred at Tambora Volcano in Indonesia in 1815. This disaster led to a substantial climate cooling throughout the northern hemisphere and to tens of thousands of victims due to famine and epidemics. However, the scale of this event is incompatible to the consequences of supereruptions. Since supervolcanoes are a potential hazard to the mankind, we should be very careful about studying the processes in these volcanoes and monitoring all the anomalies in their activity.

The main cause of the supereruptions is the accumulation of water in the Earth's interior, which makes water, however paradoxical it may sound, the most explosive substance on the Earth. Beneath the Toba Caldera, large amounts of water are transported into the mantle via the Investigator Fracture Zone (IFZ), a major transform zone in the Indian Ocean plate. This zone, which clearly stands out on the map of the seabed, separates two parts of the plate with different ages and is a weakened part of the lithosphere, which facilitates the penetration of seawater to the crust. In the subduction zone, the oceanic Indian plate sinks into the mantle beneath Sumatra and pulls there the water-saturated IFZ. At a depth of about 150 km, directly beneath the Toba Caldera, this water is ejected from the subducting lithospheric plate. 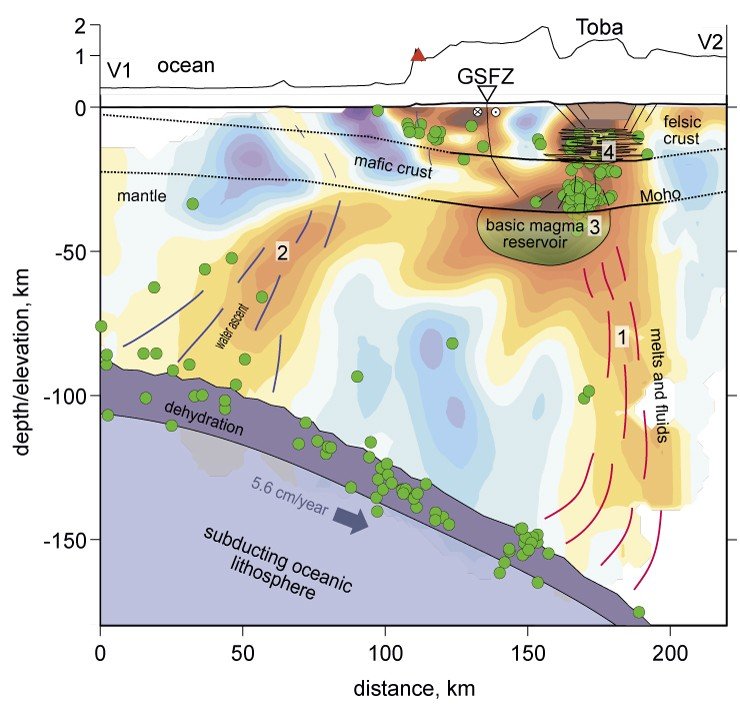 Then, the water begins to migrate upward through the mantle wedge, altering the mantle rocks to make them more fusible and less dense. The ascent of the rocks leads to the formation of a huge under-crust reservoir of partially molten mantle material with a high content of fluids. In the tomographic model, this chamber is traced as an anomaly with reduced seismic velocities with a size of about 50,000 km3. In a projection onto the caldera's surface, the shape of this anomaly coincides almost perfectly with the uplift of the Earth's surface around the caldera to a altitude of more than one kilometer. 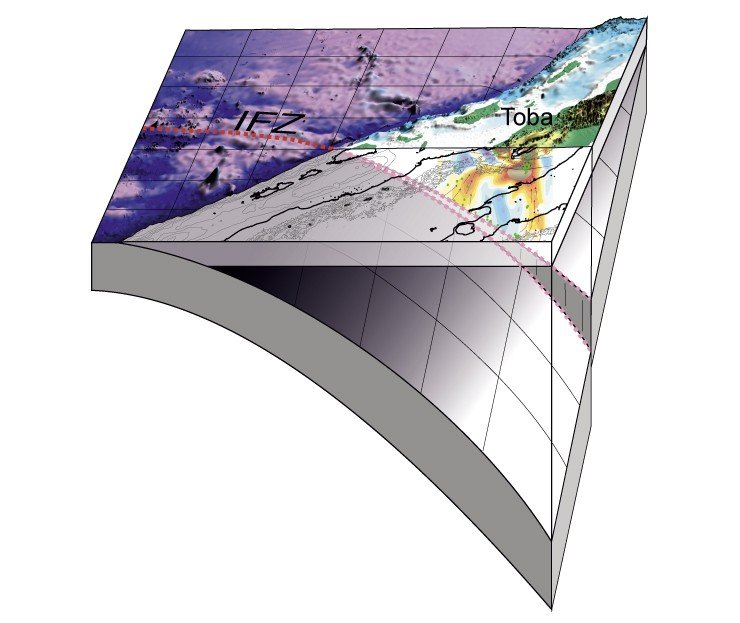 Although the mantle rocks are overheated, they remain heavier than the crustal rocks. Therefore, they cannot rise further through the crust. But water is a different story. When it passes through the mantle wedge, its temperature can reach 1300 degrees, but it remains liquid due to high pressure. It can safely continue to migrate upward through the crust, being a very effective means of heat transfer. The numerous earthquakes recorded in the lower crust beneath Toba are likely to be a reflection of this process. The migration of hot water causes the heating and melting of rocks in the upper crust, which in turn leads to the formation of another magma chamber at depths between 7 and 15 km. The structure of this chamber was discussed in detail in another article by the same authors (Jaxybulatov et al., 2014), which was previously published in Science.

The partially molten material in the upper-crust chamber is saturated with water, which is still in a liquid state. Upon reaching a certain threshold value, a part of the water can vaporize due to decompression or high temperatures. This will largely increase the pressure, possibly leading to new cracks in the crust, along which a new portion of boiling water will flow. Eventually, this avalanche process can cause a voluminous explosion. 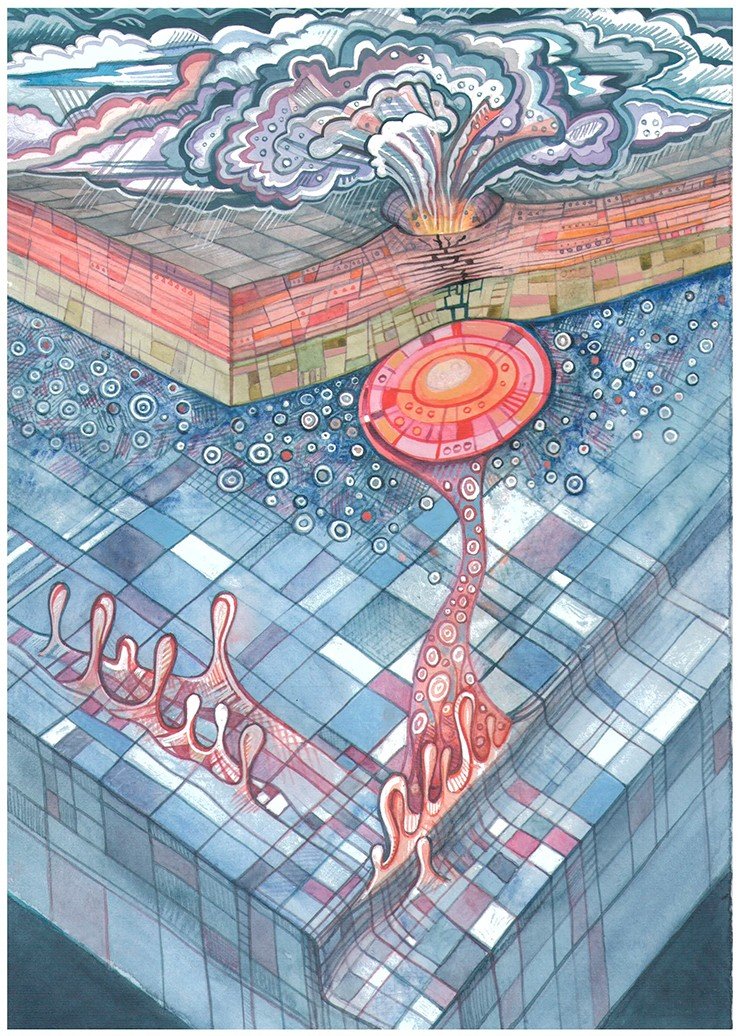 This mechanism explains the recurrence of supereruptions and their strength. Indeed, making a “time bomb” requires the accumulation of a critical amount of water, which must come from the mantle. Thus, there will be supereruptions at Toba as long as the IFZ continues to subduct beneath Sumatra and brings abnormal amounts of water to the mantle. However, given that the last eruption at Toba Volcano was only 76,000 years ago and the intervals between supereruptions are hundreds of thousands of years, the mankind is unlikely to face the threat of a catastrophic eruption of this volcano in the near historical future.