Once these organisms played a key role in the evolution of the biosphere. They became the inventors of the most effective means of photosynthesis proceeding with oxygen evolution. As a result, cyanobacteria have not only created a modern type biosphere but supported it until the present day by producing organic substance from carbon dioxide and water accompanied by oxygen evolution. However, today these native inhabitants of the earth attract interest in the first place as the cause for seasonal water “blooming” and producers of toxins dangerous for life and human health 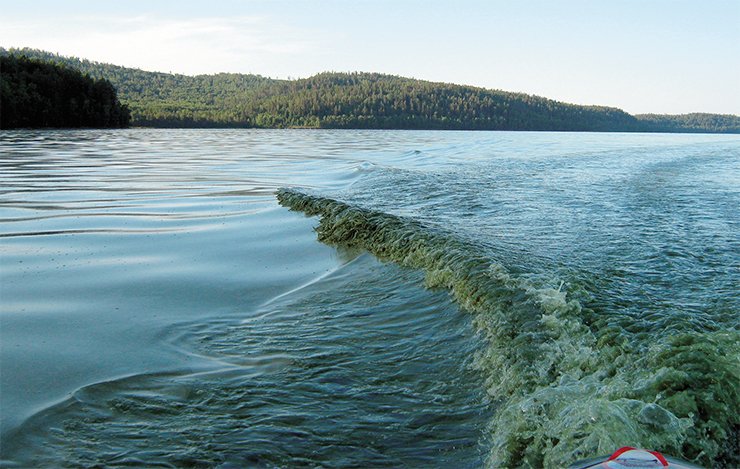 According to world statistics, approximately in half of the cases of such “blooming”, toxins, poisonous substances produced by cyanobacteria, are detected in water. The first announcement about the death of domestic animals which drank water from a “blooming” water basin appeared as early as 1878 in Nature. In 1966, 63 patients treated at hemodialysis center died in Caruaru (Brazil). It turned out that the water used for hemodialysis was infected with cyanotoxins. This event drew the scientists’ attention to their study.

The problem of water “blooming” is the most acute in the countries with warm climate because high temperatures, good lighting conditions and a large number of nutrients facilitate mass development of cyanobacteria. It also turned out that this problem is urgent for “poor” oligotrophic basins in cold regions. Cyanotoxins which caused the death of domestic animals were found even in the Alpine lakes!

Approximately half the species out of five dozen existing genera of cyanobacteria are capable of producing toxins. Among them the bacteria of genera Microcystis, Anabaena, Aphanizomenon, and Nodularia are the most widely spread and studied. As a rule, these are the bacteria which cause blooming of lakes and water basins and produce different toxins affecting the liver (hepatotoxins) or the nervous system (neurotoxins) of mammals. 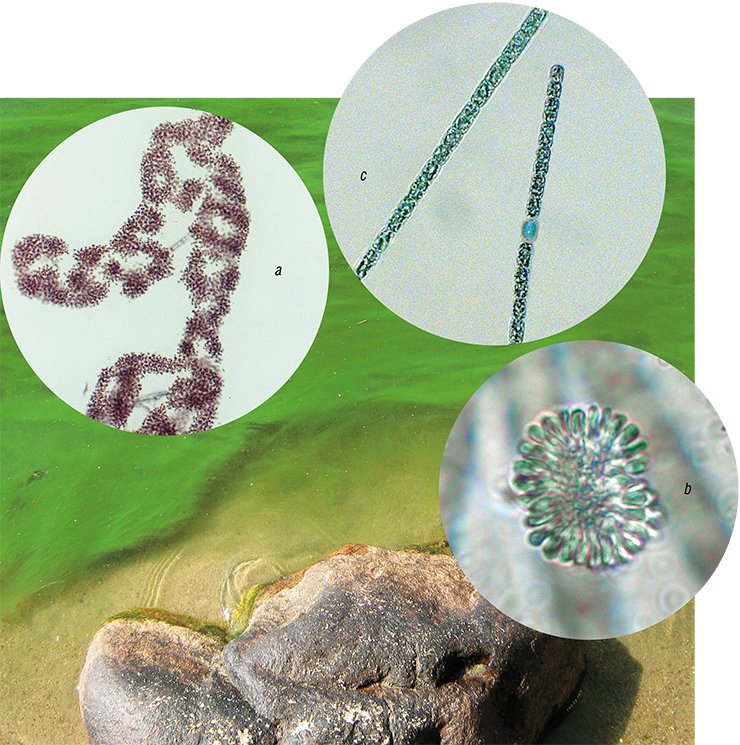 Hepatotoxins, cyclic peptides microcystin and nodularia are found in water the most frequently. It is not for nothing that they are called a “factor of quick death”: their abdominal injection in laboratory mice causes their death within several hours. Long-term exposure to small dozes of microcystin leads to cancer and liver cirrhosis. In addition, microcystin is very stable in water and is not destructed by boiling; it is resistant to ultraviolet treatment or water chlorination, and because of its small size is not collected by filter. Another hepatotoxin nodularia is a carcinogen as well; it easily penetrates hepatocytes and causes their destruction.

It has recently been discovered that cyanobacteria genes responsible for toxin synthesis also participate in the synthesis of other biologically active substances, including those with antibacterial, antifungal and anticancerous (cytostatic effect) characteristics. So now microbiologists are actively looking for producers of new drugs

Rarer neurotoxins, anatoxins and saxitoxins, are alkaloids. They are dangerous for animals because they destruct neuromuscular contacts and cause paralysis of breathing muscles and quick death. A lethal doze of saxitoxins is only 10 mkg/kg.

Cyanotoxins are freed from dead cells and can accumulate in water basins. Thus, water is the first link in the chain of their accumulation and transfer. Mollusks and fish are the second link in this chain, and then follow haemathermal terrestrials and man. Wild hoofed mammals, domestic cattle and other animals can be poisoned at a watering site if the water containing toxins or the phytoplankton itself penetrates into the bowels. Cyanotoxin contamination of water supply and intake systems presents a great danger for man. People can even be poisoned when bathing in “blooming” water.

Toxins are there, but (MPC) is not

Lately the quality of natural water has become the focus of attention all over the world. On the one hand, it was the result of tightened sanitation and hygiene requirements. On the other, was caused by the worsening condition of freshwater ecosystems, which are the main resources of drinking water. In addition, the problem of ecologically clean water and food has not only become “fashionable” nowadays but also the object of a special research. 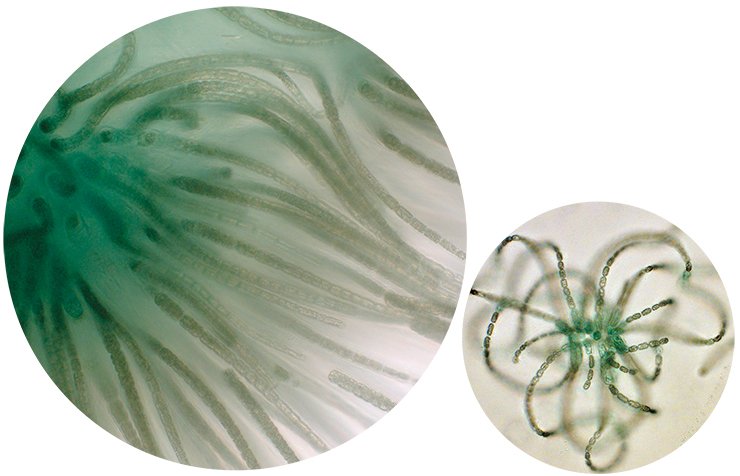 On the recommendation of WHO, many countries monitor cyanotoxins in drinking water and food and have approved their maximum permissible concentrations (MPC). However, no such standards have been adopted in Russia, so seasonal monitoring of cyanotoxin concentration in drinking water is not conducted despite annual “blooming” of many water basins. There is a documented record of cases of poisoning and even death of people caused by eating fish from blooming water basins (for example, in Lake Kotokelskoye in Buryatia in 2008). Hence, it is necessary to control the content of cyanotoxins in water basins used for recreation and fishing.

The specialists from the Limnological Institute SB RAS have been searching for and studying toxic cyanobacteria in water basins in East Siberia since 2005. Different methods can be used to detect them. The simplest and the most accessible one is PCR diagnostics: sequences of genes responsible for the synthesis of cyanotoxins have been already decoded and are available from the international GenBank database.

With the help of gene markers encoding the ferment microcystin synthetase, it was established that in some East Siberian water basins (Kotokelskoye, Bratskoye and Ust-Ilymsk lakes) cyanobacteria of the genera Anabaena and Microcystis capable of microcystin synthesis are present. With the help of methods of liquid chromatography and mass spectrometry, three kinds of microcystin were detected in phytoplankton probes of Lake Kotokelskoe including the most toxic microcystin-LR. In the opinion of WHO, its MPC in drinking water makes only 1 mkg/l.

These results were received with a great interest among hydrobiologists. Numerous suggestions to study different water basins in Russia and the Commonwealth of Independent States (CIS) where mass development of cyanobacteria has been detected have been made. As a result, the geography of the research has broadened considerably thanks to the probes supplied by the colleagues from Krasnoyarsk, Kaliningrad, Ukraine and Belarus. Almost all of them contained the microcystin synthetase genes. 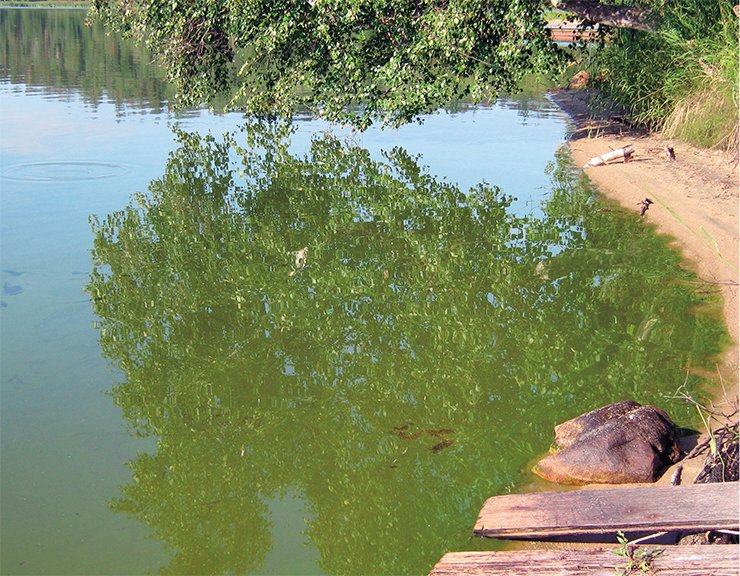 In 2010 genetic analysis of the Irkutsk region water basin helped to detect cyanobacteria containing the genes of synthesis of one more toxin saxitoxin. A new method of immune ferment analysis helped to prove that the toxins themselves are present in water.

This is a matter of grave concern because if the cleanest lake on the planet is in need of seasonal cyanotoxin monitoring, then what can be said about other water basins in Russia?

The photos are the courtesy of the author