A Space Lesson Taught by a Russian

Our country occupies a well-deserved place in the «space history» of the Earth’s civilization. In 1957, we launched the first Earth satellite. Four years later, our countryman, Yuri Gagarin performed the pioneering space flight. That day, April 12, 1961, became a great event for the mankind at large. Actually, this was how space conquest began.

Certainly, the flight proper was only the top of the iceberg: it was supported by tremendous investments and labor of hundreds of talented scientists, engineers, and designers whose names had been classified for decades. The contribution of the Siberian Branch of the Academy of Sciences, founded only half a year before the first satellite was launched, to space flight organization was not very large. Nevertheless, Siberian researchers helped to solve an unusual problem encountered by designers of the first manned space vehicle. For the first space traveler to be able to say his famous words (“I see the Earth”), the spacecraft had to have a “window,” i. e., a glass porthole. But what kind of glass should be used and what should be the thickness of this glass to withstand possible impingement of meteorite particles? 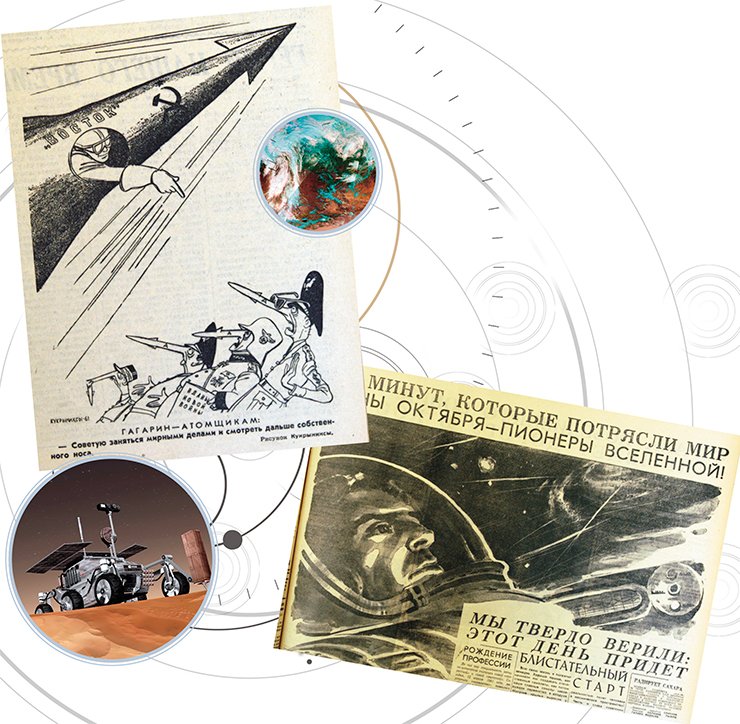 The General Designer, S. P. Korolev contacted Academician M. A. Lavrentyev, one of the founders of the Siberian Branch of the USSR Academy of Sciences. To check the glass strength, it was necessary to perform test “shooting” with small particles weighing approximately 1 gram and having velocities of 10–12 km/s. By that time, Lavrentyev had already put forward and justified the hydrodynamic theory of cumulation, which predicted the liquid-type behavior of metal particles in a cumulative explosion. The team of young researchers formed by Lavrentyev and headed by the future Academician V. M. Titov proposed to use shaped-charge jets for these tests; as a result, a record-beating particle velocity of 15 km/s was reached!

The thus-tested glass successfully survived the space mission. Certainly, it was a risky event for the two outstanding people, Korolev and Lavrentyev, let alone the cosmonaut: nobody could be sure that the spacecraft would not experience the impact of meteorite particles with greater weights and velocities. Fortunately, everything went well, and one person could see with his own eyes our beautiful planet from space for the first time in history. By the way, this method of accelerating particles to high velocities is still successfully used.

Later on, Siberian research institutes actively participated in other space-related investigations. For instance, the influence of gas jets from a jet engine on the elements of launch devices was studied at the Institute of Theoretical and Applied Mechanics. Another important problem, calculation of satellite trajectories, was first investigated at the Novosibirsk Computing Center and then in the Computing Center specially founded in Irkutsk. 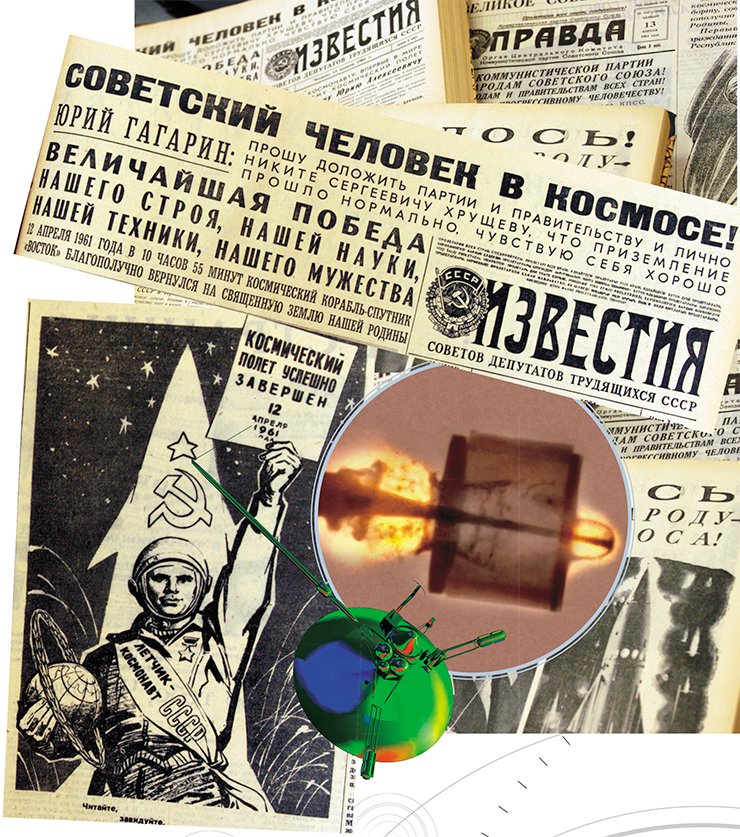 Over the last fifty years, the situation regarding outer space exploration has changed dramatically. Three basic aspects of space conquest can be identified. The first one (unfortunately, it cannot be avoided at the moment) is “military” research. The second aspect is the so-called “industrial space” with a very large range of activities: from satellite systems for navigation and climate monitoring to satellite TV systems. Vigorous development of these aspects sometimes generates unexpected problems, e.g., space debris – space vehicles and their fragments left after the end of their service life. The third aspect, the most complicated and disputable, is deep space. Flights to other planets require massive investments; therefore, it is not surprising that the USA and Russia suspended implementation of these programs, though there are some activities still going on in this direction.

What are the nearest prospects of space research? First, it is necessary to reduce the cost of launching payloads to the orbit, which is now approximately 10,000 USD/kg. This is too expensive, for instance, to start the production of new materials in space. The cost can be reduced by creating special re-entry vehicles with aircraft-type or automatic landing.

In due time, our country launched the first space station, where cosmonauts acquired the experience of long-time existence under real space conditions. Then, the baton was picked by the International Space Station with researchers from many countries working side by side. China, on the contrary, prefers to rely on its own efforts. Nevertheless, there is no doubt that the strategy of conquering near space and especially deep space should be based on the consolidation of intellectual and material resources of the world’s developed countries, as it was done in the case of the Large Hadron Collider.

…Half a century ago, after Yuri Gagarin’s flight, children started to play make-believe games set in space rather than on a battlefield, and young people dreamt about a flight school as the first step to the team of cosmonauts. Today, certainly, young people are not that enthusiastic, but many of them are still enchanted by the stars. Moreover, nowadays young people have much more possibilities to make their dreams come true. 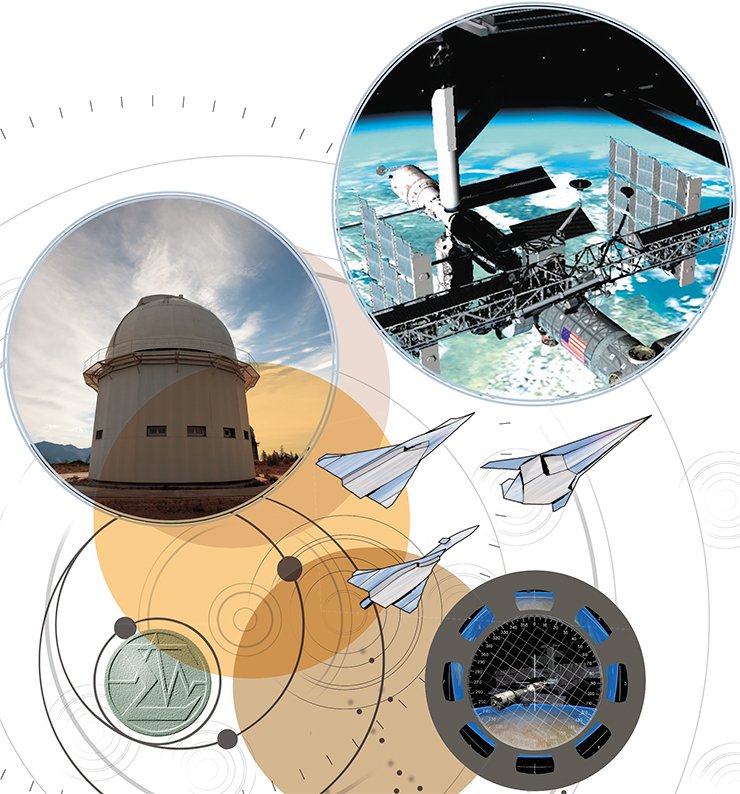 Back in the 1960s, a lot of national engineering universities developed and launched their own small-scale space vehicles. Later on, the center of creating “students’ satellites” moved to the USA. Ten years ago, the students and teachers of Stanford University developed a concept of space modules, each weighing less than a kilogram, which could be assembled from standard electronic components. The “small-scale space navigation” ideology is now spreading all over the world.

Such mini-satellites do not require an individual launcher: they can be launched as part of the payload in planned launches. Educational space technologies are widely used for training specialists for aerospace industry. Now the students of the Physics Department of Novosibirsk State University also have this opportunity owing to the support provided by the Krasnoyarsk-based joint-stock company Informatsionnyie sputnikovyie sistemy (Information Satellite Systems), named after Academician M. F. Reshetnev.

It should be mentioned that now we have a queue of students who want to participate in launching their own satellites to the orbit. This is good because history shows that the daring minds of young people can generate break-through ideas. Who knows: maybe today’s students will grow into new Korolevs and Kondratyuks?