In 2018, Budker Institute of Nuclear Physics in Novosibirsk celebrates a double occasion: its own 60th anniversary and the 100th birthday anniversary of Academician Budker, the founder of the institute. Fate granted him a little over thirty years in science, but, according to his student Iosif Khriplovich, it was more than enough. “A man of passion, Budker had lived, by his nearly sixty years of age, in fact several lives. A refined physicist, a vibrant inventor, the creator and leader of a great research institute – ​his accomplishments in each of these occupations would be more than enough for a rich, eventful life.”

Budker contrived an idea of a stabilized relativistic electron beam—a dazzling ring,
thinner than a human hair, ­suspended in space; a “magnetic bottle” for trapping plasma;
he told us how to obtain the first-on-the-Earth atoms of ­antimatter, which does not exist on our planet.
However, the most ­important of his inventions was, perhaps, the Round Table,
an instrument with which he built a most extraordinary ­creative team from perfectly ordinary people
A. Melik-Pashaeva, 2008

Today, BINP is not only a major academic institute of Russia – ​it is one of the world’s leading centers in elementary particle physics, accelerators, synchrotron radiation, free-electron lasers, plasma physics, and controlled thermonuclear fusion. Each of these scientific fields has positions in which BINP continues to demonstrate leadership.

We can boldly assert that the main array of experimental data which formed the core of elementary particle physics and the Standard Model itself was obtained by the colliding beam method. This method was Budker’s idea; Novosibirsk physicists were genuinely the first to embark on this scientific path – ​here, one cannot overestimate BINP’s contribution. 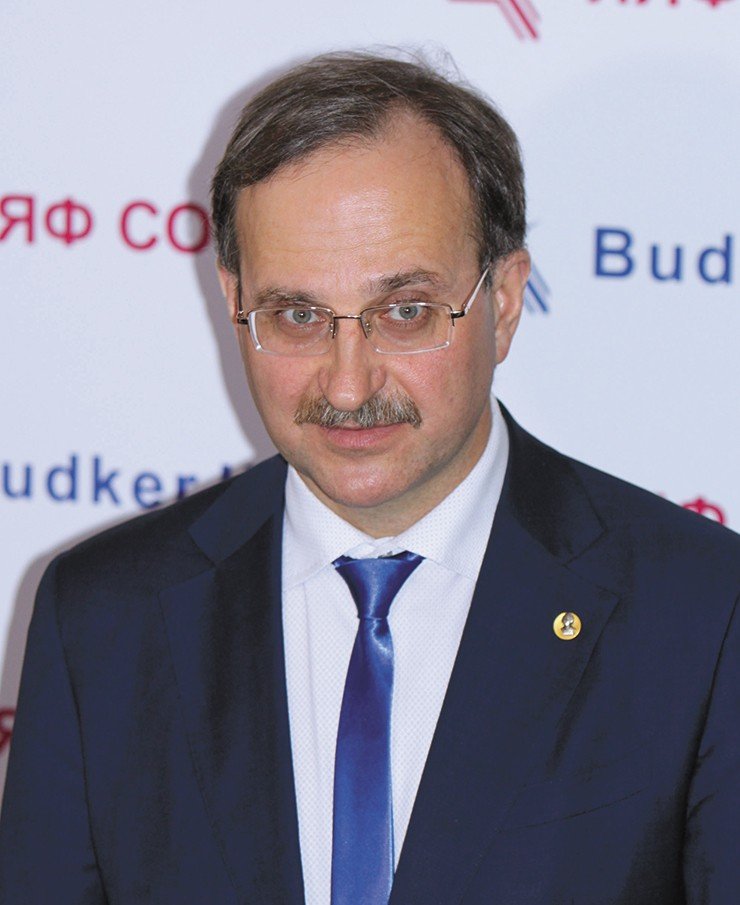 BINP is the author of many beautiful, unique findings in the physics of accelerators. One of these discoveries was the electronic cooling method, proposed by Budker back in 1966. Today, this method is used widely throughout the world to focus ion beams in particle accelerators, including in the Large Hadron Collider.

It was the colliders that gave rise to new scientific and applied fields using synchrotron radiation and free-electron lasers, to accelerating mass spectrometry, and to nuclear medicine, not to mention industrial and technological accelerators.

Budker’s idea that plasma can be trapped not only in closed systems but also in open ones proved to be very productive. In the last decade, BINP made a real breakthrough in the development of open magnetic plasma traps. The success in thermonuclear technologies allowed the institute to design its own prototype of a compact accelerating neutron source for boron–neutron capture therapy of cancer.

Still, the main feature that sets BINP apart from other scientific centers and gives it unprecedented strength and stability lies with the unique atmosphere that always reigned among its scientific team. Science management at BINP has always been about teamwork. Budker turned the institute’s academic council – ​the so-called Round Table – ​into a key link of science management. For him the Round Table was a place and a way of educating his associates.

Academician Alexander Skrinsky, who succeeded his teacher Budker as director of BINP, has managed to safeguard the core principles of the institute’s work, its spirit and atmosphere, the ability to develop new high-tech equipment, and the desire to move science forward – ​the entire “Budker’s Universe.”