The Drugs from Birch Bark

Owing to the target chemical modification of natural plant substances with high biological activity, novel drugs come into modern medical practice. Novosibirsk scientists have synthesized derivatives of betulonic acid on the base of betulin obtained from birch bark; they produce a beneficial pharmacological effect. Laboratory trials of the new compounds have demonstrated their higher antiinflammatory and antioxidant activity as compared with the traditional medicines

The very first drugs known to humans are of natural origin. Today too, the so called natural drugs produced directly from plants, animals and microorganisms as well as from the products of their life are still frequently used for disease prophylaxis and treatment. These tinctures and extracts from natural raw material contain biologically active substances in their intact original form.

Since the last century synthetic drugs – the products of a multistage organic synthesis – have been used along with natural drugs. As a rule, the therapeutic effect of synthetic drugs exceeds that of the natural ones; but the former are less “physiological” for the organism and frequently cause more side effects. 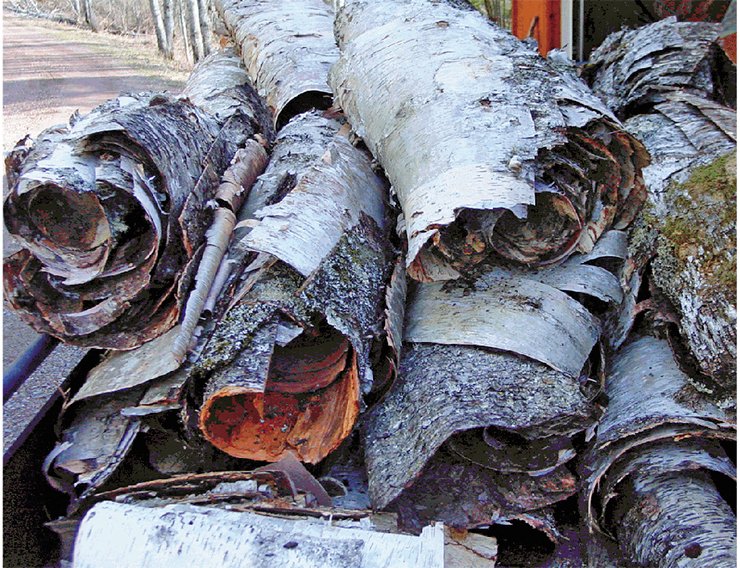 In the last decades, the leading trend in the field of drug design has been a combination of these two approaches. As a result, a new branch of science emerged at the interface of fine organic synthesis and medical chemistry; this branch deals with the chemical modification of natural organic substances aiming to create new biologically active agents.

When speaking about chemical modification of a known natural substance, we mean its transformation into derived compounds, which does not interfere with the carbon “skeleton” of its molecule. Such semi-synthetic drugs have several advantages over the traditional ones. First, they are more readily involved in metabolism and have fewer undesirable side effects as compared with synthetic drugs; on the other hand, they have a more effective therapeutic action as compared with natural substances.

Second, their production is more economically and “ecologically” profitable. Since this approach does not require synthesizing a basic compound “ab initio”, but merely isolates and purifies it, this allows us to avoid a multistage synthesis involving aggressive reagents—mineral acids and alkalis. In addition, organic substances are most frequently extracted from natural material by using solvents, which then easily return to the production cycle via distillation. Finally, the source of basic compounds can be inexpensive renewable stocks: grass, tree leaves and roots, marine animals and plants, and so on.

This approach has proved quite fruitful: chemical modification has allowed for production of novel drugs on the base of natural steroids, penicillin antibiotics, alkaloids of morphinan series, and others, which are now successfully used in medical practice. 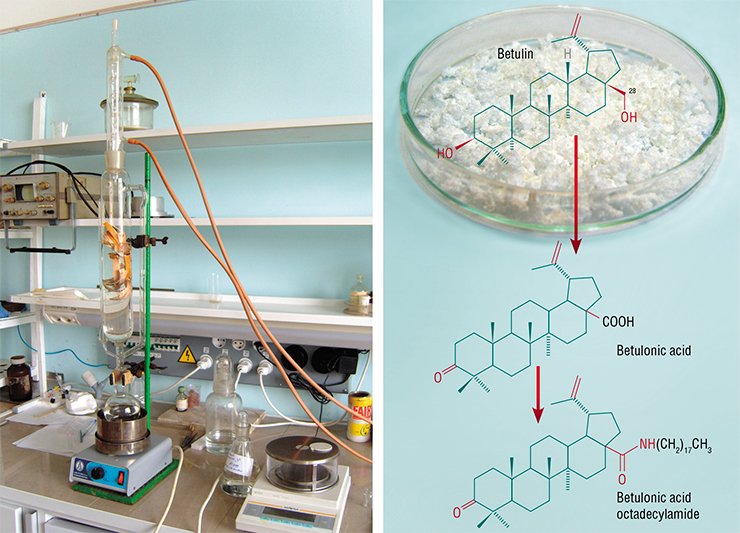 The efficiency in searching and designing new semi-synthetic drugs is in many respects determined by a correct selection of the starting material (raw material) intended for processing. Researchers should take into account not only the quality, accessibility, and stable reproduction in nature as well as safety and technological effectiveness of the methods for isolating the target metabolite, but also the specific structural features of the basic molecule that allow of its chemical modification. The presence of functional groups (hydroxyl, carboxyl, amino group, etc.) at certain sites of its carbon “skeleton” allows “pinpoint” action on the molecule and makes it possible to avoid generation of unnecessary reaction products.

The class of natural triterpenoids stands alone among the organic substances that combine availability and high biological activity. This class includes betulin, isolated from birch bark. Its carbon skeleton consists of 30 atoms, with a hydroxyl group located at the carbon atom at position 28. French researchers have discovered that some chemical derivatives of betulin produced via modifying the neighborhood of this carbon atom display valuable therapeutic properties. In particular, replacement of the СН2ОН group at this position by an amide group produced a substance acting as an anti-HIV agent (Dereu et al., 1994). 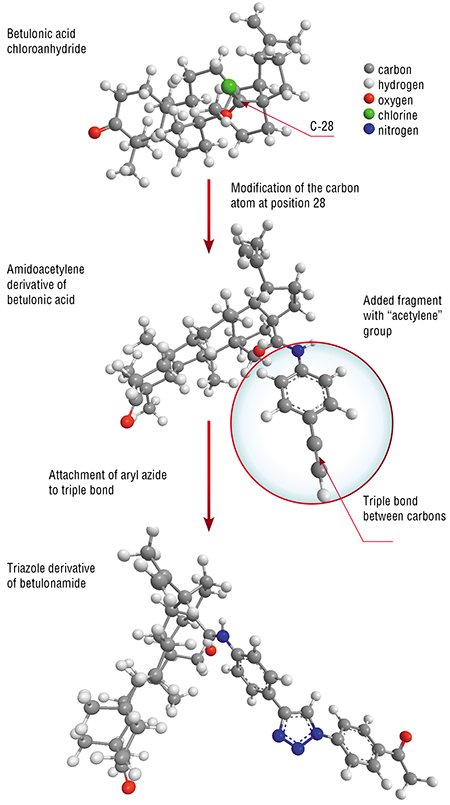 The Vorozhtsov Novosibirsk Institute of Organic Chemistry successfully develops the methods of synthesis modified natural compounds, including betulin derivatives, and study of their pharmacological properties. A targeted transformation of betulin molecule—replacement of the СН2ОН group at position 28 with various amide groups of complex composition – has given several novel highly efficient drugs with selective effect. The most interesting of them are an antiviral drug for AIDS therapy and a corrector for toxic effects of anticancer chemotherapy. Using these patented remedies produced from inexpensive domestic raw material, it is possible to considerably decrease the cost of rather expensive treatment.

However, the pharmaceutical “history” of betulin does not end here. The compounds whose molecules combine two or more structural fragments of different types – the so-called bioconjugates (biohybrids) – are now frequently found among the metabolites of plant origin. For example, the hybrids “steroid–antibiotic” (Oaksmith et al., 2009) and “triterpenoid–peptide” (Tolstikova et al., 2006) have been described. No such hybrids have been found among the betulin derivatives until recently.

Using a simple betulin derivative, chloroanhydride of betulonic acid, researchers from the Institute of Chemical Kinetics and Combustion, SB RAS in collaboration with the scientists from the Novosibirsk Institute of Organic Chemistry produced betulonamide containing an acetylene fragment, in 2000.

Why this substance? The studies of the last decades have demonstrated that the compounds of acetylene type are widely produced, first and foremost, by plants as well as by fungi and microorganisms. Many natural acetylene metabolites possess high anticancer activity. In addition, the acetylene group, due to its high reactivity, is one of the most suitable fragments for molecular design of medicinal agents.

Thus, substituting various organic groups for an acetylene proton resulted in a series of promising biohybrids. Moreover, addition of organic azides to the triple bond gave a series of triazole derivatives belonging to another class of bioconjugates.

Investigation of pharmacological properties of the new compounds conducted on outbred mice has demonstrated that two of the tested substances possess an antioxidant activity exceeding by 20—40 % that of the reference compound, dihydroquercetin, known as one of the most active natural antioxidants. Three other compounds show a higher antiinflammatory activity as compared with the widely used indomethacin.

Judging by these results, the modification of betulonic acid by the groups containing a triple bond is a promising direction for designing new agents with antioxidant and antiinflammatory activities. Further research of Novosibirsk scientists will be aimed at synthesizing of new bioconjugates of this class and the study of the correlation between biological activity of the produced compounds and the structure of introduced substitutes.

S. F. Vasilevsky, Doctor of Chemistry, and A. I. Govdi (Institute of Chemical Kinetics and Combustion, SB RAS, Novosibirsk)