The First Diamond of Manchary

In July, 2012, scientists of the Diamond and Precious Metal Geology Institute SB RAS (Yakutsk), found the first diamond in core samples from the recently discovered Manchary kimberlite pipe. It opened the prospect of the southeastern Siberian Craton as a new diamondiferous region of Russia

More than 25 years ago, researchers of the Diamond and Precious Metal Geology Institute (DPMGI) discovered geophysical anomalies of pipe type, presumably, kimberlites, in Central Yakutia. In 2007—2008, prospecting drilling conducted by Yakutskgeologiya enterprise in the region of the Tamma River, 100 km south of Yakutsk, revealed the first kimberlite pipe in the southeastern Siberian Craton. It was named after Basylai Manchary, the Yakutian folklore hero of the 19th century, sort of Siberian Robin Hood (Smelov, 2009).

Shortly thereafter, pyrope was found on rivers in the vicinity of Yakutsk. This mineral is an indicator of diamonds. Geologists compared the chemical compositions of pyropes from Manchary kimberlites and modern fluvial deposits and assumed the existence of a kimberlite field, named Khompu–Maiskoye (Zaitsev et al., 2010; Smelov et al., 2009, 2010). 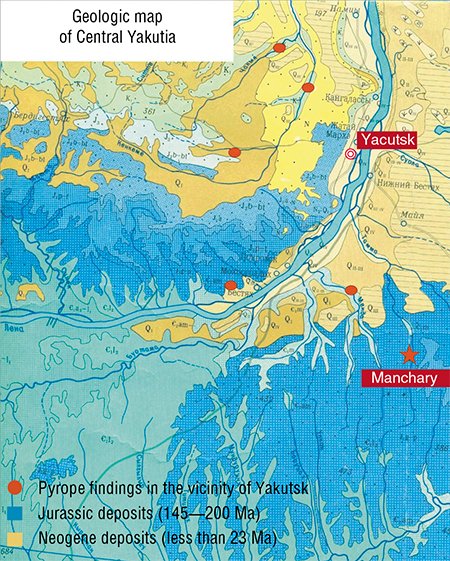 Researchers of DPMGI provided detailed petrological and mineralogical characterization of Manchary kimberlites. According to the contents of rubidium and strontium isotopes, they were dated to 358 Ma. The geologic and geophysical data also confirmed signs of Middle Paleozoic magmatism in the southeastern Siberian Craton, with which all commercial diamond deposits known in the Yakutian kimberlite province are associated. According to physicochemical parameters of the formation of barophilic (generated at large depths and high pressures) minerals from kimberlites of the new pipe, in the Middle Paleozoic the mantle keel of the lithosphere (part of the mantle beneath cratons that is not involved in convection but drifts together with the lithosphere) in the southeastern Siberian Craton was as thick as 230 km. It is sufficient for diamond crystallization.

All these findings pointed to a diamond potential of the region. For this reason, S. I. Mitikhin, the Chief Geologist of the ALROSA Company, developed a sound strategy for geological exploration, and the Botuobinskaya and Arctic geological survey expeditions of ALROSA commenced geophysical studies and drilling. New equipment for core sawing was purchased from DPMGI. The facility for kimberlite screening and gravity concentration, used for seeking diamonds in core samples, was improved.

ALROSA geologists proved that the Khompu-Maiskoye kimberlite field consisted of no less than four kimberlite bodies. Two more boreholes, up to 200 m deep, were drilled in the first pipe of Manchary. However, the question whether diamonds were present in the new pipes remained unanswered. 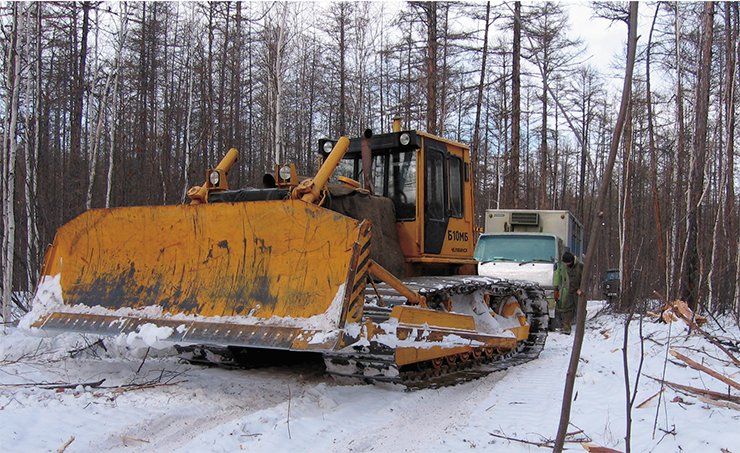 Presently, about 1070 kimberlite bodies are known in the Yakutian kimberlite province. Only 11% of them bear diamonds, and only 1% are commercially diamondiferous. Obviously, the probability of the presence of diamonds in four new pipes was very small. Nevertheless, K. L. Pirogovskaya (DPMGI) managed to detect a diamond crystal by thorough manual examination of kimberlite concentrates from Manchary.

HOW TO FIND A DIAMOND?
A special-purpose concentration line for examination of core samples from pipes of the new Khompu-Maiskoye kimberlite field has been designed at DPMGI. It eliminates the probability of contamination with technogenic diamonds.
Kimberlite concentration and diamond detection is a laborious process of many steps. After core sawing, part of it undergoes mineralogical and petrological examination, and the rest is crushed into fragments no larger than 2 cm. Large diamonds, easily detectable visually, are extremely rare. To find smaller diamonds, kimberlite is crushed further and screened through sieves with different mesh sizes. Each of these steps ends in kimberlite gravity concentration and examination of the heavy fraction.

In fact, diamonds were occasionally found in southeastern Siberian Craton earlier. The first diamonds were found in 1927, in deposits of rivers draining crystalline rocks of the Aldan–Stanovoy shield. At that time, gold-bearing placers were discovered and developed there. However, further search for diamonds in that region was unsuccessful. The most reliable findings of that time are five crystals from a gold placer on the Dzhekonda River and one crystal from residual deposits overlying the Mesozoic Kaila pipe. The diamonds are roundish, unlike flat-faced octahedrons common in Middle Paleozoic kimberlites of the Siberian Craton. These roundish diamonds are similar to the Uralian type. They are common in Mesozoic kimberlites in the north of the Yakutian kimberlite province, where diamonds are generally scarce. 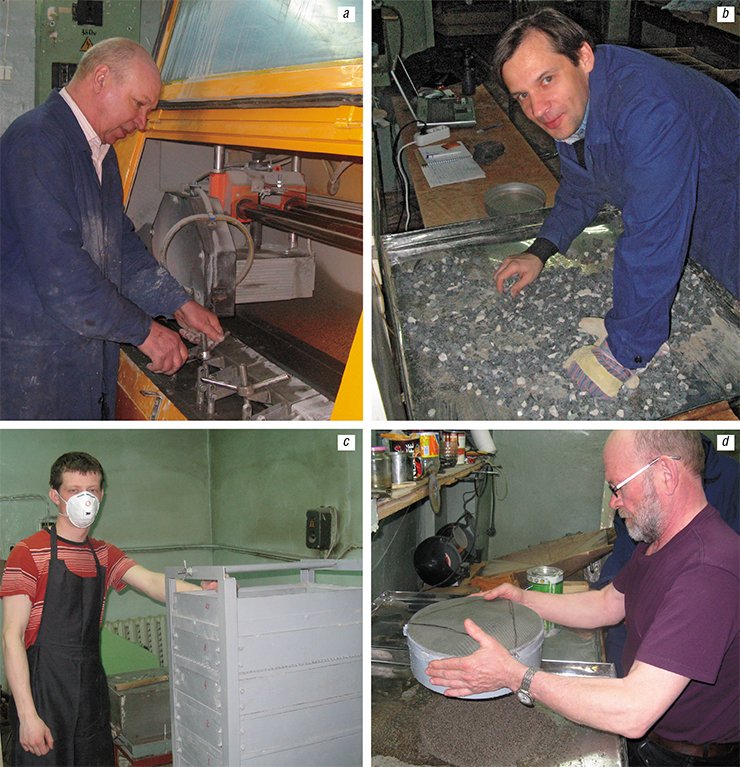 In contrast, the first diamond from Manchary kimberlites is a fragment of an octahedral crystal. It indicates that Middle Paleozoic kimberlites of the Khompu–Maiskoye field may be diamondiferous. As mentioned above, commercial diamond deposits in Yakutia are associated just with such rocks. 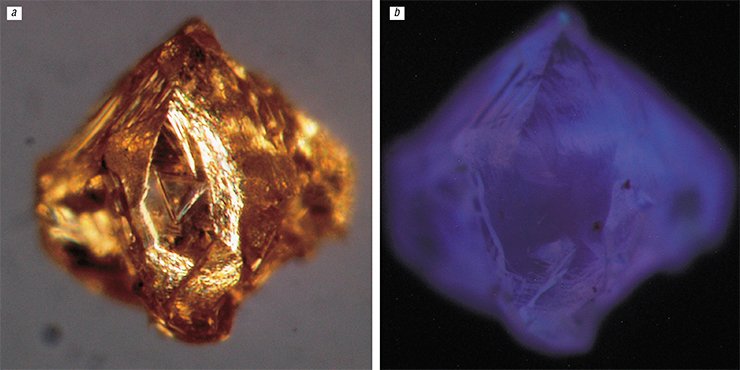 In the nearest years, researchers of DPMGI will continue the study of kimberlite bodies in the Khompu–Maiskoye field in cooperation with scientists of the Institute of Geology and Mineralogy (Novosibirsk) and ALROSA. They will extend the search area westward and try to find more diamond deposits. There are indications that the first Manchary diamond is the milestone of a new stage in the exploration of mineral resources in Yakutia.