It is well-known that the number of scientific publications in China (about 400, 000 papers per year) is second only to the number of published US research papers published in the U.S., and it seems that in the next three to five years the situation will change in favor of China. However, only a handful of experts know that only five colliders (the indication of belonging to the elect) were in operation in 2013: RHIC in the USA, LHC in Switzerland, VEPP-4M and VEPP-2000 in Russia (Novosibirsk), and (sic!) BEPC-II in China. 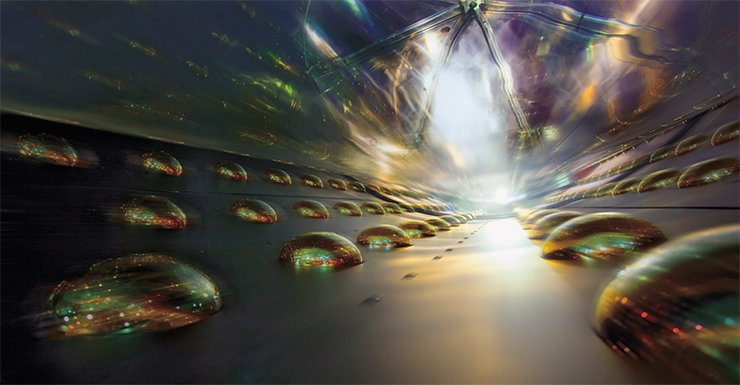 The experiment with neutrinos on the reactor in Daya Bay, southern China (50 km from Hong Kong), is also known only to specialists in the physics of elementary particles. The experiment measured the last unknown parameter needed to understand how three types of neutrino transform one into another. The result is actually of a top level, which is confirmed by its inclusion into the TOP 10 of Science. 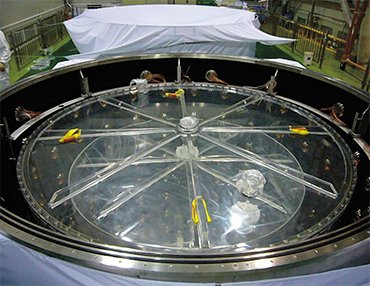 The experiment involved six 80-ton detectors of electron antineutrinos, which were constructed at a distance of 360—2,000 m from the four of the world’s largest nuclear reactors, each producing approximately 3 GW of electric energy and, as a byproduct of nuclear reactions, approximately 1021 antineutrinos per second. The detectors were built through the collaboration of 280 researchers from research institutes and centers of six countries, including the Joint Institute for Nuclear Research (Dubna), the Kurchatov Institute of Atomic Energy (Moscow), and 21 research institutes all over China.

The detectors are mounted in three-kilometer tunnels dug in the nearby mountains. The processing of data collected during the first nine weeks of the experiment showed that the detectors located farthest receive a smaller amount (by 7%) of neutrino particles than it was expected. The reason for this is the quantum transition (oscillation) of one type of neutrino to another. Such a large magnitude of the effect testifies to a possible difference in the properties of matter and antimatter; it may help to explain why there is almost no antimatter in the Universe.

Such top-level results show that science in the People’s Republic of China has already passed the start-up period and is approaching the front line of science.