Cholesterol metabolism imbalance leads to atherosclerosis and is a factor causing myocardial infarctions and strokes. Atherosclerosis and the triggered cardiovascular diseases are major contributors to population mortality in Russia and in other industrially developed countries. To design efficient methods for making early diagnoses and then treating this disease, it is necessary to acquire thorough knowledge about the mechanisms of its development. Amazingly enough, some fish of Lake Baikal can help in solving this problem

Cholesterol and other fats travel in the bloodstream as lipoproteins. These particles have a rather intricate structure composed of a “drop” of fat and specialized proteins that help the drops to interact with the cells of a body. Lipoproteins either partially exchange their lipids with cells or are just captured by cells. 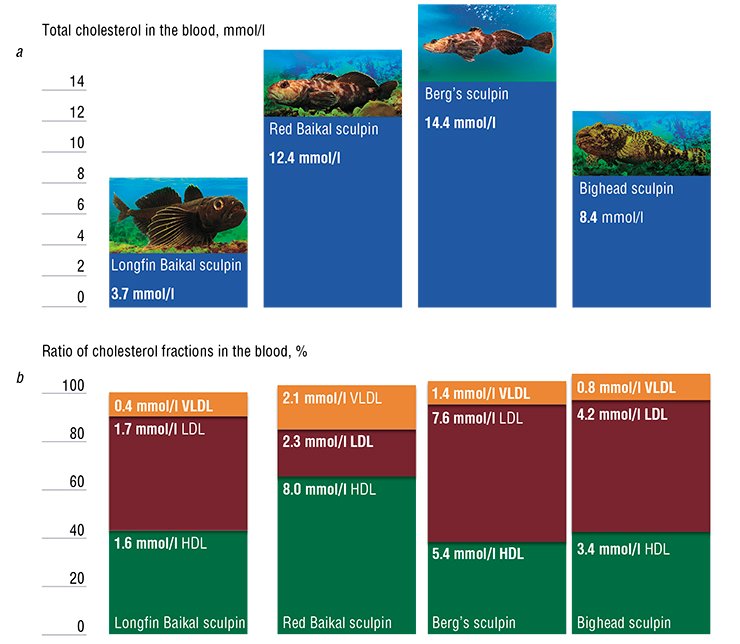 The body maintains fine equilibrium between the fractions of “bad” and “good” cholesterol in the blood with the help of intricate biochemical and genetic mechanisms, some of which are yet vague. This equilibrium can be disturbed; therefore, it is of the utmost importance to know the mechanisms that control the adaptation of blood cholesterol metabolism and keep the balance between the “bad” and “good” fractions when they are influenced by various adverse factors. The factors are numerous and include, in particular, the diet with high cholesterol content, smoking, and fat accumulation in liver cells (Klimov and Nikul’cheva, 1999).

All animal species have their own specific features of cholesterol metabolism; this determines the degree of resistance to the development of lipid metabolism disorders. The species-specific differences in the systems controlling cholesterol metabolism are a unique material for clarifying the mechanisms that underlie resistance to pathological changes as well as for using them to prevent and treat human cardiovascular diseases. For example, the comparative analysis of the ratio of cholesterol fractions in the blood of animals resistant to atherosclerosis has made it possible to discover the important role of HDLs (Klimov and Nikul’cheva, 1999), giving the HDL cholesterol the name of “good” cholesterol. 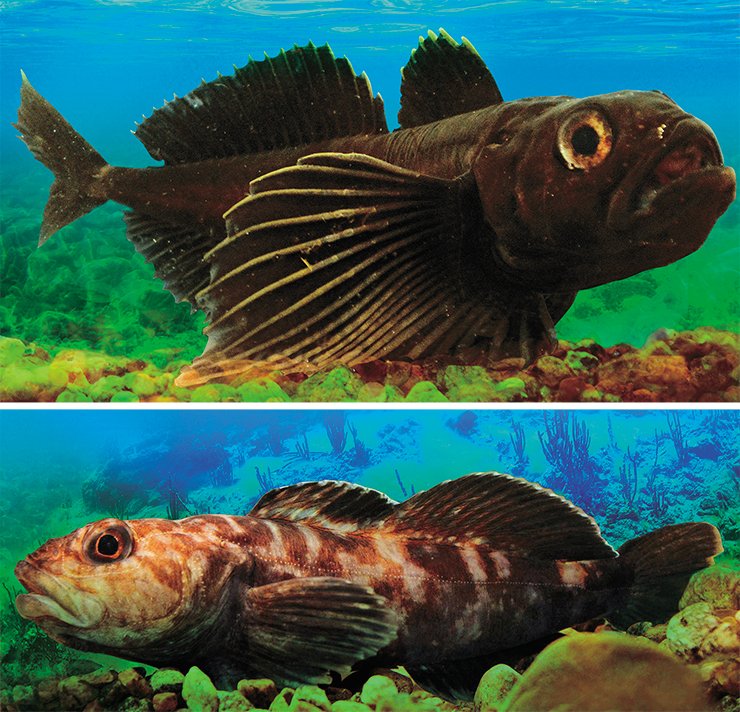 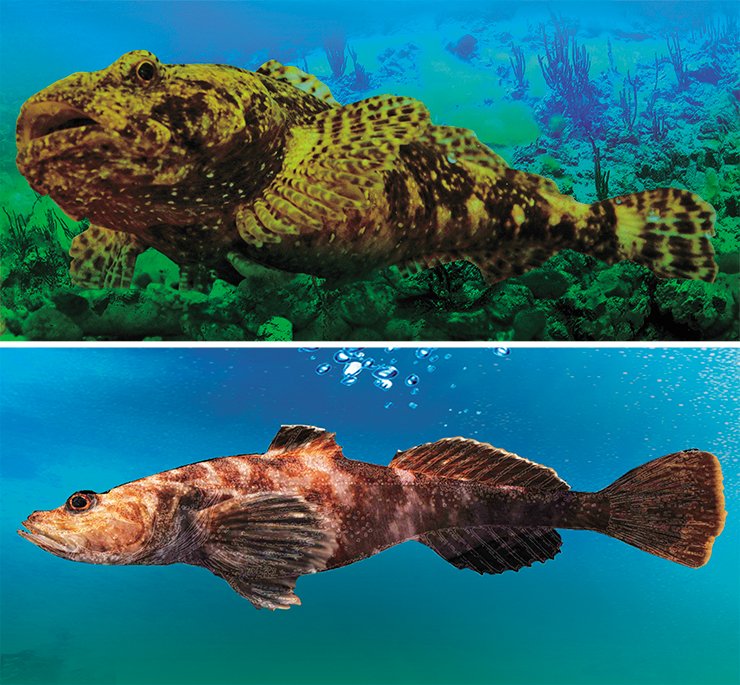 For such research, the disease is artificially reproduced (simulated) in animals. Unfortunately, the model species currently used for this purpose belong to different systematic groups, such as mammals, birds, and fish (Getz and Reardon, 2012); they are very remote from each other from the evolutionary and, correspondingly, genetic standpoints, which interferes with understanding the general pattern of cholesterol metabolism adaptation. In order to solve this problem, it is necessary to examine the groups of genetically related organisms that occupy different ecological niches and, thus, have different characteristics of their lipid metabolisms.

An appropriate model for this purpose is endemic closely related species of sculpins (Cottoidei), living in Lake Baikal. This fish group comprises 26 species that originated from a small number of ancestral forms (Sideleva, 2003). Different Cottoidei species display a wide diversity and are adapted to different habitats and diets with different risks of atherosclerosis development. It is important that anthropogenic pollution in Lake Baikal is minimal as compared with other water bodies (Shimaraev et al., 2000), which excludes the data distortion associated with pollution.

Four Cottoidei species differing in their diets and behavior were chosen for this research (Sudakov et al., 2015); namely, the red Baikal sculpin (Procottus major Taliev, 1944), longfin Baikal sculpin (Cottocomephorus inermis Yakovlev, 1890), Berg’s sculpin (Limnocottus bergianus Taliev, 1935), and bighead sculpin (Batrachocottus baicalensis Dybowski, 1874). The level of total cholesterol in the blood turned out to be individual for each species. The lowest cholesterol level, in fact comparable to that in humans (Flaim et al., 1981), was observed in the longfin Baikal sculpin, which lives in water. The cholesterol level observed in the remaining three species, which live at the bottom, was higher.

Interestingly, the observed differences in the lipid profiles of the fish blood are not associated with their specific diets, suggesting that the blood levels of cholesterol fractions in these closely related species are strictly predetermined at the genetic level. For example, the lipid profiles of the Berg’s and Red Baikal sculpins are opposite with respect to the cholesterol atherogenic and antiatherogenic fractions despite the fact that they mainly eat the same amphipods (crustaceans). Amazingly, the lipid pattern of the Berg’s sculpin, which feeds mainly on amphipods, is most close to that of the bighead sculpin, the most active predator in the Cottoidei family. Amphipods account for 70 % of its diet with the remaining 30 % consisting of other Cottoidei species. 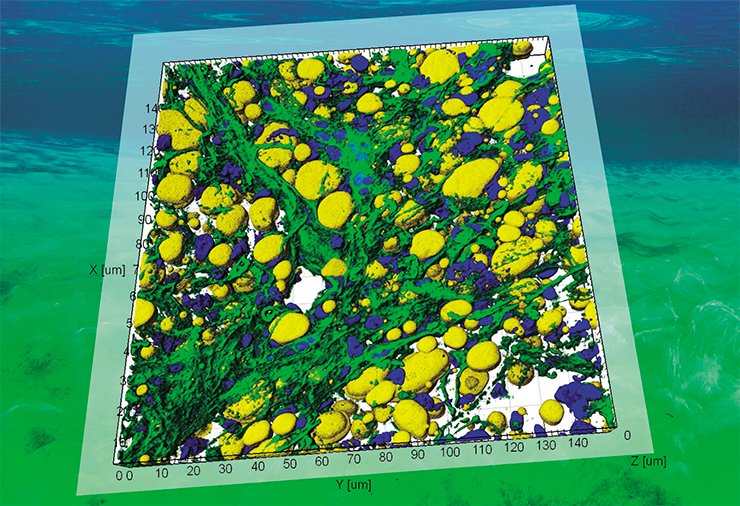 In addition, these fish species can be of interest because of the important role of their liver in storing fats (Henderson and Torcher, 1987). Microscopy has shown that the Cottoidei liver tissue contains numerous cells with large lipid drops. The high concentration of lipids in the liver of some sculpins has been also demonstrated by biochemical assays (Kozlova, 1998). Surprisingly, the large volume of fat drops in the fish liver cells is not accompanied by the development of cholesterol disorders and atherosclerosis, which would be impossible in the human and other mammalian species. Presumably, fat drops are an integral regular component of the liver cells of the Cottoidei and of many other fish; they are not pathological elements, as is the case with accumulating excess fat in the mammalian liver (Takahashi et al., 2012).

The examined Cottoidei species represent a unique set of model organisms for studying the genetic, physiological, and ecological mechanisms that underlie the resistance to developing cholesterol disorders and atherosclerosis.

Despite their common origin, the representatives of the examined species display a wide range of total cholesterol and its fractions in the blood as well as distinct specific features of the blood lipid profiles. A study of the mechanisms that underlie these differences will provide a deeper insight into the adaptation patterns of cholesterol metabolism and resistance to the developing of atherosclerosis. Moreover, the specific features of the fat content in fish liver will contribute to our understanding of the mechanisms that determine the resistance to negative effects of their excess accumulation in the liver.