In 2012, genetic engineering received a new tool: a protein system that makes it possible to modify, with sharpshooter’s accuracy, the DNA of the eukaryotic organisms, from yeast to human. The TALEN technology has allowed the scientists to modify target genes in various animals, from a zebra fish to a miniature pig

When genetic engineering, a completely new field of science, was at its infancy in the 1970s, optimists believed that the time of plenty was almost at hand. Soon the meadows would be grazed by cows specially designed to produce a daily barrel of milk and chocolate-flavored steaks, and physicians would cure all hereditary diseases having replaced all ailing genes with healthy ones. In turn, pessimists proclaimed the unavoidable advent of manifold artificially bred bloody monsters or special varieties of modified people downgraded to a state of plow cattle.

Well, all these expectations have come true, at least, for microorganisms: it is now actually possible to “assemble” at one’s will almost any bacterial genome, the necessary funding provided. As for the higher organisms (eukaryotes*), the situation appears much more complicated. 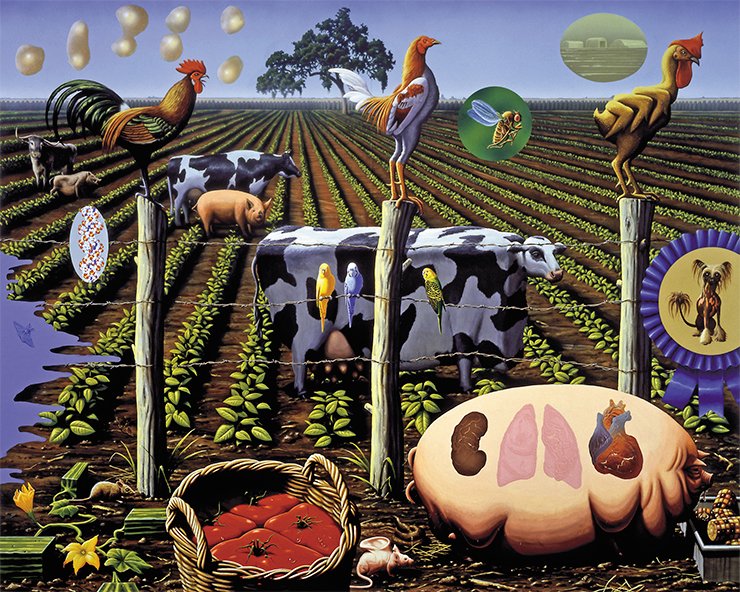 One of the major reasons underlying such a delay is that it is much more difficult to manipulate the large genome of such organisms as compared with the bacterial genome. Relatively short bacterial genetic sequences can be easily cut at special sites using the well-known enzymes, restriction endonucleases, to be then reassembled in a desired order. However, similar experimental “tools” capable of precisely cutting a target region from human (or bovine) DNA and replacing it with another have not existed at all until recently.

All the currently available transgenic animals and plants have been created using a very limited set of methods, which, in addition, are quite inefficient (usually, only one cell of a thousand is successfully genetically transformed) and inaccuracte (foreign genetic material is frequently inserted into a wrong place and not into a desired one). As a result, scientists are far from being able to obtain every modification desired for the engineered animal or plant.

However, the recent increase in our understanding of the action of the enzymes specifically recognizing and modifying DNA sequences has induced a rapid expansion of the toolkit for genetic engineering; in particular, several new enzyme systems allow a literally sharpshooter accuracy in cutting and modifying eukaryotic DNA.

Even the very names for these systems sound mysterious to an outsider, all these TALENs, CRISPRs, zinc finger nucleases, meganucleases, and so on… As a rule, all such constructs consist of two counterparts, one cleaving the DNA molecule and the other binding to a certain nucleotide sequence, thereby determining cleavage specificity. The idea sounds quite simple, but decoding the correspondence between the DNA sequences and the proteins that recognize these sequences has consumed many years of work of many research teams.

Currently, researchers can introduce the necessary proteins (or the genetic sequences encoding them) into the cell and modify the genome in its nucleus. For example, a research team from the University of Minnesota (USA) in 2012 succeeded in modifying the pig genome with a very high efficiency, changing one of the genes involved in regulation of the blood cholesterol level. Piglets were then cloned using such mutant cells and became founders of an animal line suitable for studying cardiovascular diseases.

The scientists believe that in the near future such artificial nucleases will allow them to replace mutant genes in cancer cells with their healthy variants or to eliminate the human immunodeficiency virus integrated in the genome of AIDS patients… This is how genomic sharpshooters become genomic editors.