I happened to join Dmitrii G. Knorre’s team during my third year at Novosibirsk State University “on a tip” of my dormitory mate. As is known, it is in the third year when students should make up their minds as to where they are going to do their diploma work. After visiting several research institutes and failing to make any choice, we came back to our dormitory and got the fateful advice: “You know, guys, as for me, I won’t go in for science, better to a tin plant. But you want to do science; so go to Knorre! He is a real scientist, future belongs to him.”

Therefore, we came to Knorre and said, “Give us laboratory gowns! We are ready to help scientists, we want to do biology.” But he replied, “No, guys! You won’t just wash glassware for scientists and you won’t have any biology. You are chemists and here you will do chemistry until you graduate the university and get your diplomas. Then you can do your beloved biology. You’ve made the right choice as chemists, and our goal is to advance from chemistry towards biology and farther towards medicine, and work with a human rather than with a drosophila.” As a result, Knorre sent me to join the strongest chemical group, which at that time was beginning to design gene-addressed preparations. One week later, he sent for me and enquired in detail about my studies. He immediately stopped my attempt to play second fiddle and gave me an independent piece of work to do. 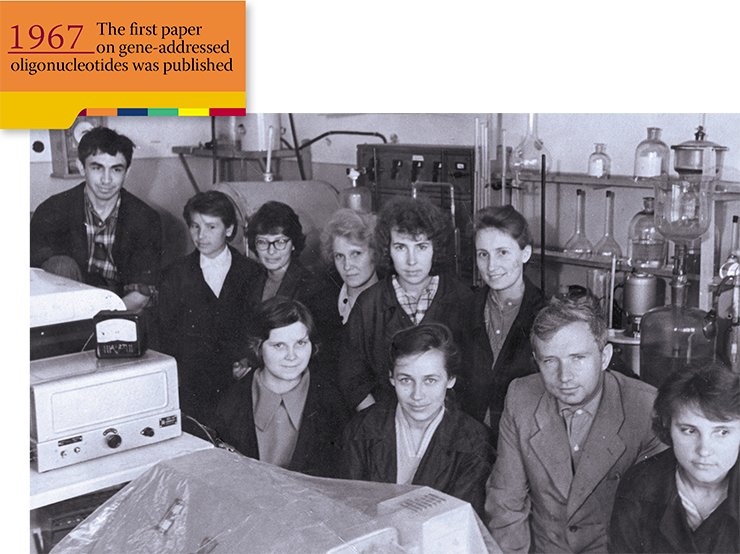 Not only did Knorre have a solid scientific background and had become a great scientist, he also knew how to teach. He managed to organize an outstanding team: everybody was in a bustle, new ideas appeared every day. His outstanding personality attracted people of his own kind. Actually, he was responsible for the training of molecular biologists for the whole of Siberia. M. A. Grachev, who later became Director of the Limnological Institute, Siberian Branch, Russian Academy of Sciences, said that he had decided to accept Knorre’s offer to go to Siberia as soon as he saw his tennis shoes which he wore when he came “to conquer” the capital. 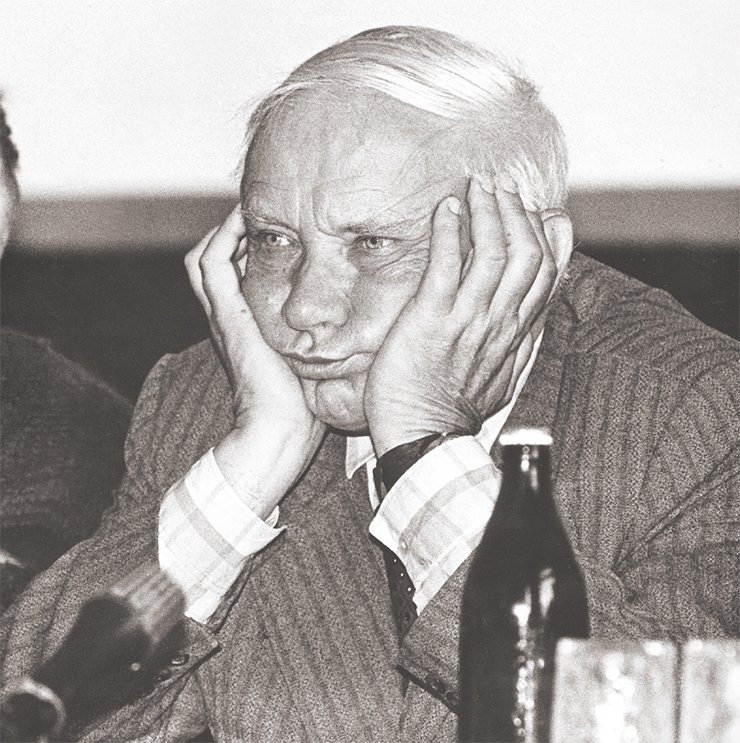 Physicians have always dreamed of substances that would act on particular genes, i. e., on the root of many diseases. Indeed, such substances make it possible to create drugs, actual “magic bullets,” capable of influencing the hereditary material of various infectious agents without any harm to the human body and inhibiting the activity of oncogenes responsible for malignant cell growth. The creation of such substances that would influence the genetic material in a directed manner is one of the main challenges in molecular biology, because they will allow the gene functions to be studied directly and, eventually, to be controlled.
So, how is it possible to change the genetic program of interest? All genes have similar chemical composition and structure: the difference between them consists only in the alternation order of four monomer blocks – ​the nucleotides A, T, G, and C. To act on a particular gene, a molecule of the substance should recognize this particular nucleotide sequence by some way or other, which is, at first glance, an unsolvable problem.
Nonetheless, a team of Siberian chemists, who came to the Novosibirsk Akademgorodok in the first years of its foundation, had another opinion. N. I. Grineva and D. G. Knorre (Institute of Organic Chemistry, Siberian Branch of the USSR Academy of Sciences) utilized the principle of molecular recognition, used by Mother Nature itself, to formulate the concept of directed impact on the genes with the help of oligonucleotides, fragments of nucleic acids, “armed” with special chemical groups. The first paper on oligonucleotides by the Siberian chemists was published in 1967: this particular date is now regarded as the official “birthday” of this new direction in molecular biology and pharmacology (Vlassov, 2007)


They had no idea of molecular biology or biotechnology at that time. When the construction of Akademgorodok (an academic town) began in Siberia, literally from scratch, physical and chemical science institutes were the first to appear. Knorre, a young metropolitan scientist involved in physical chemistry, came here aiming to study a brand new scientific area, molecular biology. Eventually, he founded the first research institute in this area over the Ural Mountains, the Novosibirsk Institute of Bioorganic Chemistry, unmatched in its potential at that time. Over his 17 years as the Dean of the Department of Natural Sciences with Novosibirsk State University, Knorre completely remodeled the teaching system creating the fundamentals of training high- quality specialists for doing research at the interface of chemistry, biology, and medicine. It makes good sense to regard Knorre as the father of molecular biology in Siberia (Vlassov, 2016).