What Has Happened to Lake Baikal Sponges?

In the summer of 2011 an unusual phenomenon was observed in Lake Baikal: the coloration of some representatives of the unique Baikal sponge changed from green to dirty pink. The scientists of the Limnological Institute, Siberian Branch of the Russian Academy of Sciences (Irkutsk) are trying to find the reason why this happened

The unusual sponges were discovered by a team of divers near Olkhon Island, where “rose” bushes showed up against the background of sponge thickets of a familiar green and pale green color, the pink sponges being found only at certain depths.

Gennady Misan, Head of the Irkutsk diving club BaikalTek, reported the discovery to the Limnological Institute. Igor Khanaev, Head of the Group for Diving Research and Underwater Monitoring with the Limnological Institute, asked the divers to bring the specimens of the unusual sponge from their next trip. This time, the divers went underwater opposite the Selenga River estuary; the bushes of sponges with uncharacteristic coloration were also found there on different sites and at various depths. 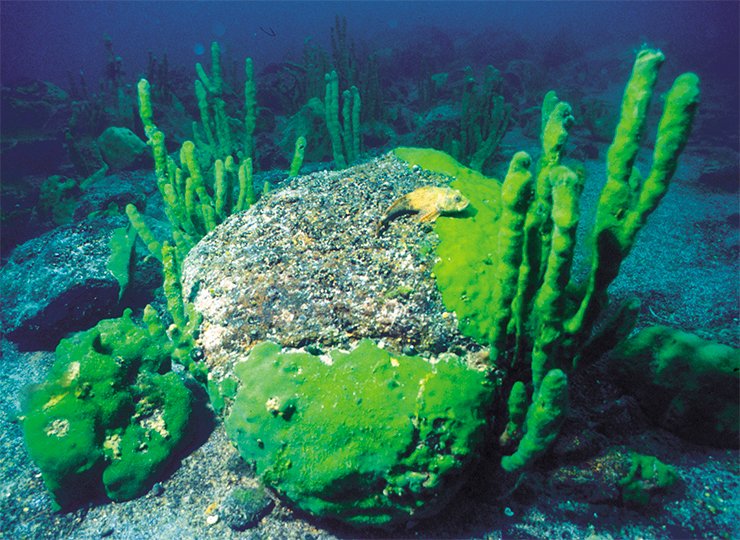 Sponges are among the most widespread and at the same time unusual Lake Baikal dwellers. Owing to their appearance, body structure, and coloration these most primitive multicellular organisms with silicic skeleton have been regarded, for quite a long time, to be an intermediate between plants and animals.
In Lake Baikal, sponges are almost ubiquitous to the depth of 600 m. They belong to two families; however, the majority of sponges are members of the family Lubomirskiidae, endemic for Lake Baikal. Corticated, ball-shaped, and tree-like sponge colonies make the underwater landscapes of Lake Baikal look unique.
Coloration of the sponges belonging to different species is different; most frequently, it includes tints of green, sometimes with a pink or violet overtone. The sponge is colored green owing to its “feeders”, symbiotic chlorophyll-containing green algae that live in the cytoplasm of the cells constituting its body


Having the unusual specimens at their disposal, Irkutsk biologists reasonably assumed that the loss of coloration by the sponges had been caused by the death of their intracellular symbionts – green algae. To account for the unususal fact, the scientists put forward numerous hypotheses, such as infection (including viral infection), adverse ecological factors, and others. None was confirmed. The people were becoming greatly concerned about the fate of Lake Baikal sponges and the lake itself. 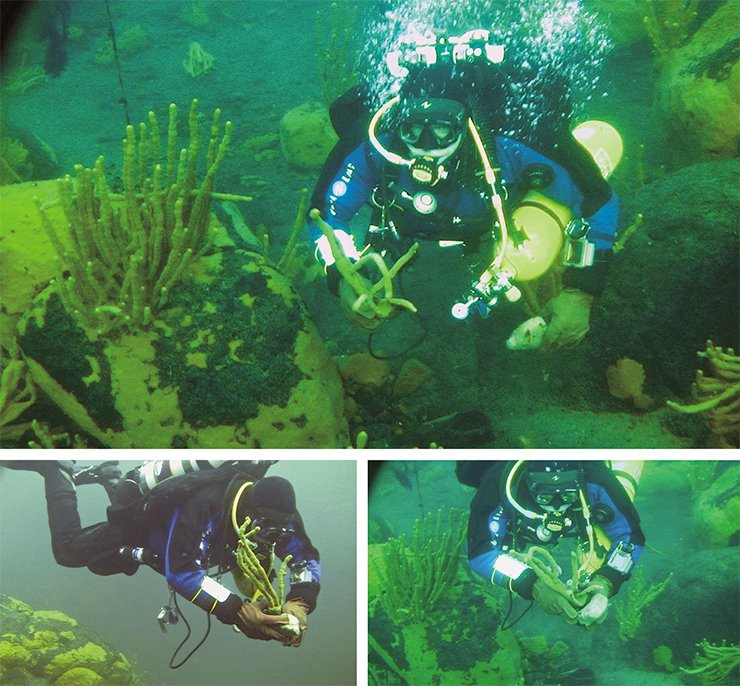 They decided to investigate the phenomenon “on site”: the expedition of the Limnological Institute left for the lake at the beginning of December. The team collected new specimens for a more comprehensive examination, took photos and shot videos, and conducted several experiments. The distribution range of the pink sponges was determined; it appeared rather extended, spanning from the village of Bol’shie Koty to the Ushkan’i Islands. These sponges were found only at particular depths (25—35, 30—45, and 45—55 m) on different sites.

The pink sponges usually grew together with the green ones, both as small islets and as large thickets. Changes in coloration were recorded for representatives of different species constituting the Lake Baikal endemic family Lubomirskiidae. Further expansion of this phenomenon is causing concern among scientists. The fact is that a month before the discovery no unusual coloration of sponges at a depth of 55 m was unobserved near the village of Bol’shie Koty.

On their return from the expedition, the researchers continued to examine the specimens. Currently, the spreading out of pink sponges over the lake is being analyzed; all the possible factors are taken into account, including the wastewater discharge. We hope that the answer to the question why the Lake Baikal sponges have lost their green coloration will soon be provided.

Photos by the courtesy of V. Korotkoruchko (Irkutsk)