The synchrotron X-ray fluorescence elemental analysis of organic materials, when applied to archaeological finds, makes it possible to gain an insight into the life of peoples who left the historical stage long ago

Such are the bearers of the ancient Pazyryk culture are one of those peoples: their frozen graves, which date back to the end of the 4th or the beginning of the 3rd century BC, were discovered on the Ukok Plateau, Altai Republic, in the 1990s (Polosmak, 1994, 2001; Molodin, 2001). Archaeologically, such graves are a rare and valuable discovery because ancient ice has perfectly preserved all the contents of the graves, including human mummies and organic materials. The most amazing finds from the Pazyryk mounds include the buried people’s hair and nails, whose elemental composition can serve as a kind of chemical chronicle of their lives, similarly to annual wood rings.

The analysis of the hair of the ancient Pazyryks from the Ak-Alakha 3 and Verkh-Kaldzhin 2 burial sites have shown an anomalously high copper content and a Cu/Zn ratio with large sex and age variations (Polosmak et al., Trunova and Zvereva, 2010). The smallest amount of this element was found in children, and the highest, in males. As is known, a copper excess in an organism can provoke serious diseases such as diabetes, atherosclerosis, hepatopathy, Alzheimer’s disease, and other neurodegenerative disorders. It is this factor that may have affected the lifetime of the Pazyryk people, which presumably did not exceed forty years. 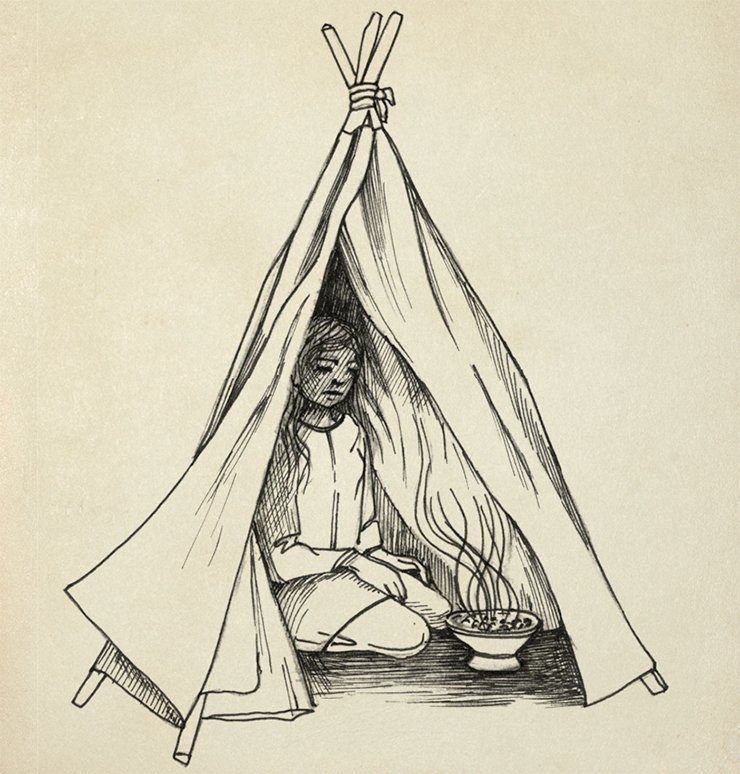 Where did the excess copper come from? Based on the available data, researchers have come up with a hypothesis that it was not the environmental conditions, but rather the cultural tradition of burning cannabis in bronze incense burners. The hypothesis was supported by the analysis of cannabis from an incense burner found in one of the large Pazyryk mounds. Inhaling cannabis vapor, the people were gradually poisoned by copper vapor. The higher copper concentrations in males’ hair show that men inhaled it more often and for a longer time.

Quite different results were obtained after studying the hair and other organic materials from the Xiongnu mounds in the Noin-Ula Mountains in Northern Mongolia. These samples revealed a higher content of a number of metals: copper, iron, and manganese. Unlike the finds from the frozen Pazyryk graves, all things from the Xiongnu burial sites stayed, for a long time, in liquid lacustrine clay used for the mound construction. Multifaceted studies using synchrotron radiation techniques have shown that in this case, under humid conditions, chemical elements transferred from metallic things to the neighboring organic materials (Trunova et al., 2014; 2015).