The man’s family tree has branched out

The discovery of a previously unknown ancient hominid, based on paleogenetic data, was included by “Science” magazine into the list of the most important advances of the last two years. By analogy with the Neanderthal man, this new species was named the Denisovan after the site where the anthropological fossils were found, namely, the Denisova Cave in the northeast of Gornyi Altai. The quantum leap that took place in these studies in 2011 resulted from a successful sequencing of the Denisovan nuclear DNA and from an accurate assessing of the contributions of two kindred hominid groups – Neanderthals and Denisovans – to the gene pool of contemporary humankind

Recently, the evolution of mankind from the early hominids to Homo sapiens was believed to be a relatively straight “line”. In light of this concept, the Neanderthal was recognized as the immediate ancestor of man of the modern physical type. However, extensive development of paleogenetic studies at the end of the last century, based on the sequencing of mitochondrial DNA* from fossil bones, suggested that Neanderthals were a dead end in human evolution. This implied that being a separate and reproductively isolated species, an “alternative mankind,” Neanderthals could not have played any prominent part in the history of Homo sapiens.

The situation changed dramatically in the year 2010, when a new player – the Denisovan man, a representative of the new group of ancient hominids discovered in Gornyi Altai – appeared on the evolutionary stage. This discovery stimulated active paleontological efforts which have resulted in truly revolutionary discoveries in the field of ancient history of mankind. Since the new data were mainly obtained from sequencing the nuclear rather than mitochondrial DNA, they have considerably increased both the volume and quality of the paleogenetic information obtained.

First, it has been proved that up to 4 % of the contemporary human genome “belongs” to the Neanderthals (Green et al., 2010), thereby suggesting possible crosses between these two species at a certain stage of evolution. As for the Denisovans, they “possess” 4 to 6 % of the genome of contemporary southern hemisphere dwellers, namely, the aborigines of Australia and the Melanesian islands (Reich et al., 2010).

Note here that the Sea Level changed considerably during various periods of the Pleistocene and that every now and then the entire region was a firm land – the protocontinents Sunda and Sahul. Correspondingly, humans could move southward from Asia and settle in the areas up to Australia, which is confirmed by modern genetic data.

In light of new paleogenetic data, both the Neanderthals and Denisovans got the right to be regarded as ancestors of modern mankind. But when did the so-called gene drift take place? As for the Denisovans, it is unlikely that the carriers of this genome came to the southern coast of Asia directly from Altai, for their “fingerprints” have not been found in the genotype of the population inhabiting transitional East and Southeast Asian areas. The genetic material of three species was likely to mix somewhere in West Asia approximately 100—80 TYA during another “advent” of Homo sapiens from their historical African motherland. Only then did Homo sapiens, carrying the genes of Denisovans and Neanderthals, settle in southeastern Eurasia and Australia.

These discoveries suggest a new model of anthropogenesis as opposed to the doctrine of monocentrism, which states that the only place where man of a modern physical type originated from East Africa, from where the mankind then spread over Eurasia.

The doctrine of polycentrism, i. e., the idea of several places of origin where man of a modern physical type had formed has for several years been successfully developed by Academician A. P. Derevyanko (2011) and his scientific school at the Institute of Archaeology and Ethnography (Novosibirsk, Russia). The developing of the theory was enhanced by the results of a long-term unique research of Novosibirsk archaeologists in Altai, the discovery of the Denisovan man being its climax. In that area, the researchers succeeded in recording the picture of a gradual and continuous development of human culture over a tremendous time period that covered at least about 300,000 years. The objects found reflect the level of Denisovans’ material and intellectual culture, suggesting that they were not inferior to other people of the modern physical type who lived at the same time in other regions. 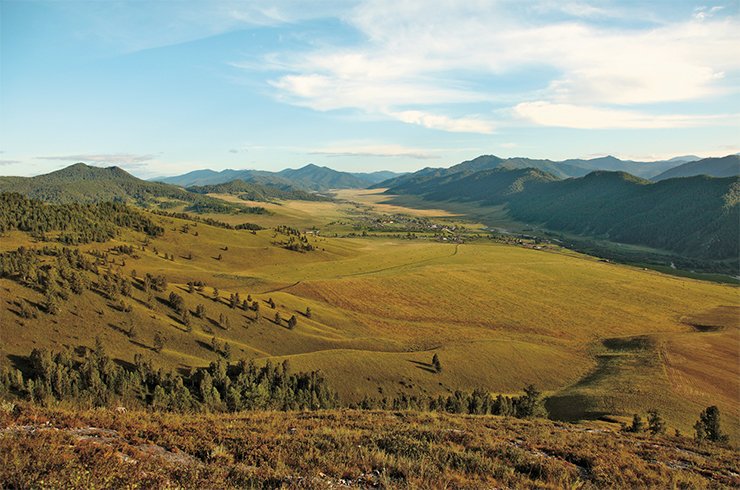 It should be noted that the Denisovan bone fossils are still few, represented only by several teeth and a phalangeal bone. The anthropological fossils suggest that this group, from a morphological standpoint, was more archaic than the Neanderthals and was closer to Homo erectus on the evolutionary stairway. As for the paleogenetic data obtained from the three bone specimens from the Denisova Cave, they showed an unexpectedly broad genetic diversity, considerably larger as compared with that discovered in the Neanderthals, who lived on a vast territory from Western Europe to Southern Siberia. These data demonstrate that the Denisovans were a rather stable group with deep ancient roots.

The paleogenetic data resulted from studying the bone fossils of the Neanderthals from the Okladnikov and Chegyrskaya Caves, located near the Denisova Cave, as well as stone artifacts typical of this particular group and well known in the Near East and Western Europe were also of paramount importance. Taken together, these archaeological, anthropological, and paleogenetic data make it possible to state that two different groups of prehistoric people lived in northwestern Altai lowlands in the basins of the Anui and Charysh Rivers approximately 50—30 TYA. Moreover, the Neanderthals came there approximately 50 TYA, probably, from the territory of modern Uzbekistan, while the roots of the culture whose carriers were the Denisovans, as mentioned above, are traceable in more ancient horizons of the Denisova Cave.

Unfortunately, it is still impossible to determine when and how the evolutionary tree of the mankind, including the Neanderthals and Denisovans, branched off. Analysis of the nuclear DNA suggests only that these were sister groups, and that the branch of these hominids’ common ancestor was the first to separate from the common tree, their divergence following. 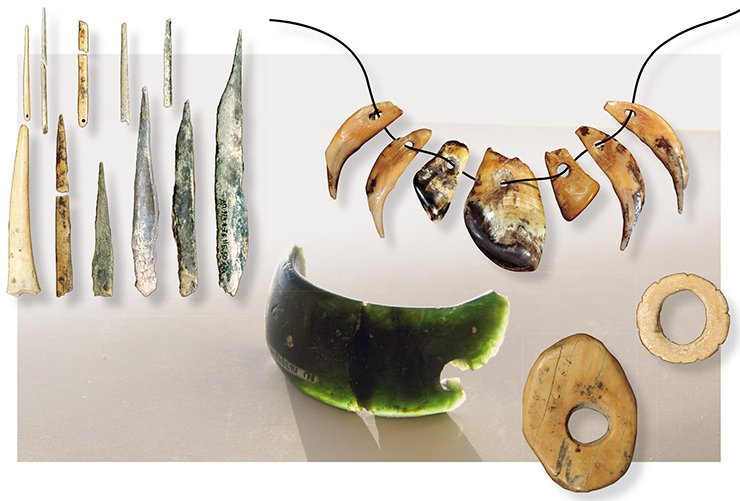 Further paleogenetic research, acquiring an ever more integrated character, is sure to bring about many surprising discoveries. Currently, large international teams are working in this field. One of the most efficient teams is supervised by Prof. S. Pääbo, head of the Department of Evolutionary Paleogenetics with the Max Planck Institute for Evolutionary Anthropology (Leipzig, Germany). It is this particular team, which unites dozens of scientists from large scientific institutions of Europe and America, that has sequenced the Neanderthal genome and performed a paleogenetic “reconstruction” of the Altai anthropological fossils.

Among the latest achievements in the field of anthropological paleogenetics are the data gathered by a team from the Stanford University School of Medicine about archaic alleles (variants) present in the modern human genome (Abi-Rached et al., 2011). This research team hypothesized that our archaic ancestors had significantly influenced the formation of our immune system. In other words, the blending of the genetic material of the Neanderthal, Denisovan, and Homo sapiens made man of a modern physical type better “protected” against the impacts of adverse environmental factors. Although these results require further substantiation, they show that paleogenetic studies, unraveling the mystery of our origin, have not only a tremendous theoretical significance, but also potential applications in modern medicine.

The photos are by the courtesy of S. Zelenskii (Institute of Archaeology and Ethnography, Siberian Branch, Russian Academy of Sciences, Novosibirsk)

* Mitochondria, a cell’s organelles, which are its representing cell’s energy “plants”, have their own DNA, which is inherited exclusively in the maternal lineage. The nucleotide sequence of this DNA is much shorter and, correspondingly, carries incomparably less information than the DNA residing in the cell nucleus